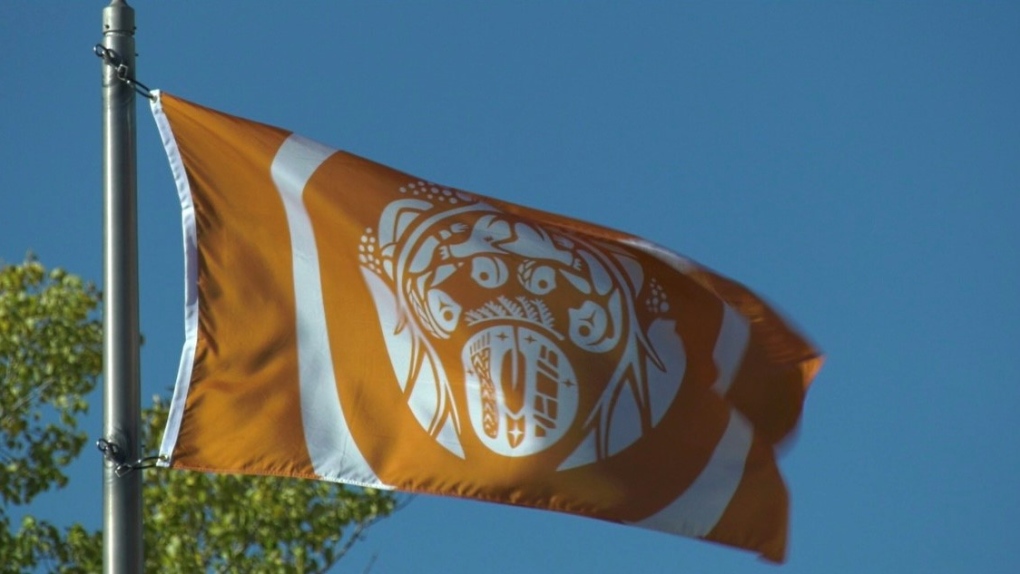 The City of Regina issued an apology on Tuesday after flags raised to honour residential school survivors were hung upside down.

The “Survivors’ Flags” were raised along the Albert Street Bridge in honour of the upcoming National Day for Truth and Reconciliation.

“It was brought to our attention that several of the Survivors' Flags recently raised on the Albert St. bridge were upside down,” the city said in a statement.

“This was an unintentional error, and we have corrected it.”

The city said it will take more care in the future to ensure flags are raised correctly.

“The City of Regina understands it is deeply disrespectful to fly inverted flags and sincerely apologizes to all those who have been offended,” the city said.

The Survivors’ Flag is an “expression of remembrance, meant to honour residential school Survivors and all the lives and communities impacted by the residential school system in Canada,” according to the National Centre for Truth and Reconciliation.

The elements on the flags were selected by residential school survivors from across the country.

The men’s World Cup quarterfinal stage kicked off on Friday as Croatia eliminated Brazil and Argentina beat the Netherlands. CTVNews.ca has all the latest from the tournament.

Pulled from a sunken trunk at an 1857 shipwreck off the coast of North Carolina, work pants that auction officials describe as the oldest known pair of jeans in the world have sold for $114,000.

Two Mounties who shot a man in his pickup truck at an Alberta rest stop were found not guilty on Friday of manslaughter and aggravated assault.

A security breach linked to Ontario’s COVID-19 vaccine portal exposed the personal information of thousands of people in the province.

An oil spill in a creek in northeastern Kansas this week is the largest for an onshore crude pipeline in more than nine years and by far the biggest in the history of the Keystone pipeline, according to federal data.

Quebec's legislature has passed a law putting an end to the requirement that members swear an oath to the King. The Coalition Avenir Quebec government had tabled a bill on Tuesday making the oath to the monarch optional after three members of the opposition Parti Quebecois refused to swear the oath and were barred from sitting.

The Ikea monkey was spotted 10 years ago. This is where he is now

A monkey cloaked in a tiny shearling coat was found roaming an Ikea in Toronto 10 years ago to date.