Ventilators from Sask. on the way to India 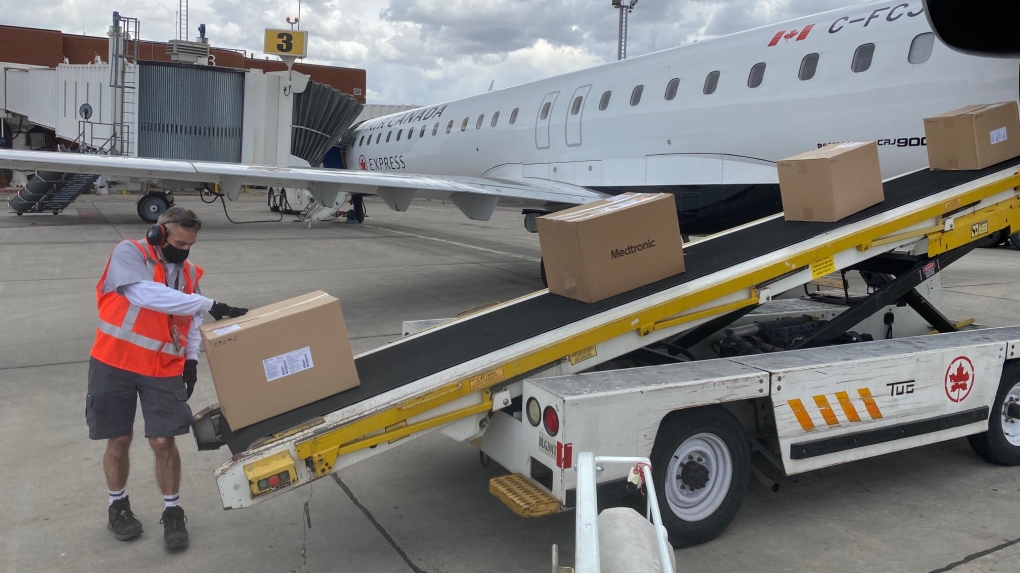 One hundred ventilators donated by Saskatchewan are now on their way to India. (Gareth Dillistone/CTV Regina)

REGINA -- Saskatchewan's donation of 100 ventilators are on the way to India.

The ventilators were loaded onto an aircraft at the Regina International Airport on Wednesday morning. They’re headed to India to help deal with a major surge of COVID-19 cases in the country.

"We saw the extremely challenging situation that was occurring in India, Delhi and other parts of India, and said, 'Hey, we want to be part of the solution here,'" Trade and Export Development Minister Jeremy Harrison said on Wednesday.

Saskatchewan purchased several hundred ventilators at the start of the pandemic as a precaution, but they have not been needed yet. Part of the surplus is now being sent to India as humanitarian aide.

The shipment includes 30 critical care and 70 subacute ventilators, which the province said cost about $3.5 million.

"It’s very, very concerning what’s happening over there and we thought what is it we can do as a province," Health Minister Paul Merriman said. "We’re very happy that this has come very quickly and we can get them there in a very short amount of time to be able to help them out."

The India Canada Association of Saskatchewan has also set up a GoFundMe page to support the country’s fight against the virus.