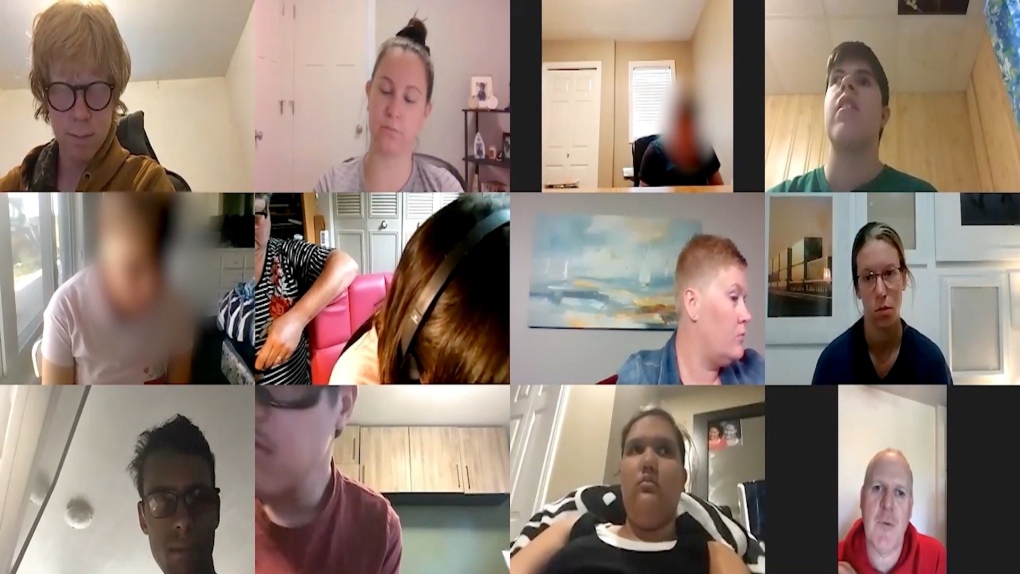 CNIB made the decision to move the camps virtually and the decision has paid off with positive results over the past week.

"I wasn’t quite sure how it was all going to come together and if the kids were going to be engaged and really liking it, but they’re having a blast," said Ashley Nemeth, the program lead for community engagement and advocacy with CNIB.

The camp has included crafts, a scavenger hunt and will finish with a movie day on Friday.

Nemeth said being able to bring together blind or partially sighted kids from around the province has been an unexpected benefit of the camp.

Karis Oscienny from Saskatoon is attending the camp for the sixth time. She said she’s really enjoyed the change this year.

"This year I’ve been able to meet more people from Regina, which I haven’t been able to do because I go to the camp in Saskatoon," she said.

The camp also featured partially sighted author Christopher Warner discussing his experiences becoming an author, which is something Oscienny said she also aspires to do.

CNIB puts on the camps each year to help children with sight loss develop social interactions.