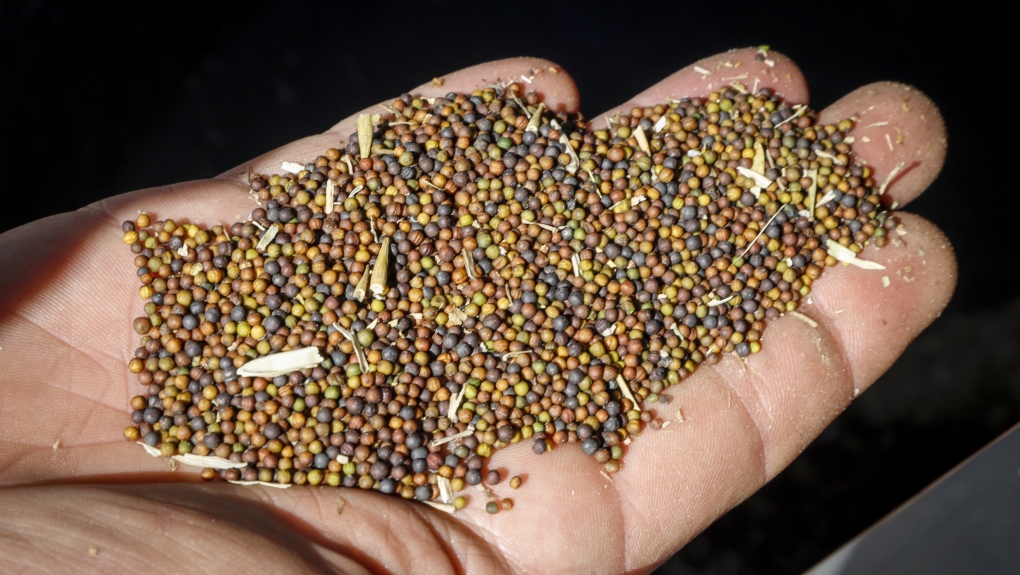 Canola grower David Reid checks on his storage bins full of last year's crop of canola seed on his farm near Cremona, Alta., on March 22, 2019. (THE CANADIAN PRESS/Jeff McIntosh)

REGINA -- Agriculture giant Viterra has announced its intent to build a canola crush plant in Regina that’s predicted to have the largest crush capacity in the world.

The massive project is currently in the feasibility stage to finalize the plant’s capabilities and design. Construction in 2022 with a target of beginning production in late 2024.

The company said in a statement its initial capacity target is 2.5 million metric tonnes, which would make it the largest integrated canola crush facility in the world.

“Over the years we have made a number of strategic investments in Canada and we are excited at the potential opportunity to further enhance our processing business,” said Viterra CEO David Mattiske in a statement. “We look forward to leveraging our expertise at this new state of the art facility.”

Regina Mayor Sandra Masters said the City has been in talks with Viterra on the project for months and is pleased with the massive economic boost the project would bring.

“It could mean upwards of $500 million in terms of GDP, about three per cent impact for the City of Regina, hundreds if not approaching a thousand jobs during construction for just this facility and hundreds of jobs both at the facility and indirectly as well,” Masters said.

The project is currently planned to be built on a 633-acre section of land northeast of Regina that City council agreed to sell below market value earlier this month.

“These are really hard economic times and the entire country and including south of the border are hungry for these types of projects. I’m not sure we were the most competitive but I think we may have had an advantage since Viterra’s been here since 1924.”