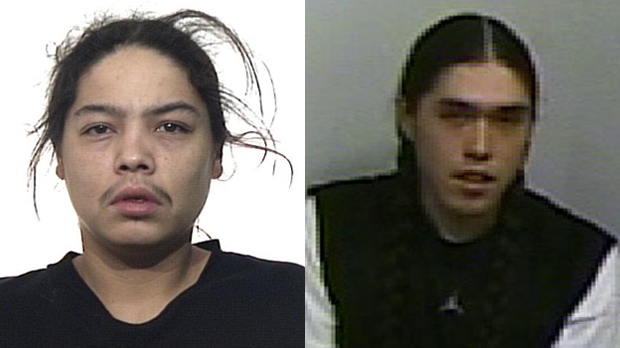 Travis Noname (left) and Kyle Noname are seen in these photos provided by Regina police.

Warrants have been issued for the arrest of two men accused of forcing their way into a Regina home and assaulting the couple living there.

Kyle Roger Noname, 23, of Craven and 33-year-old Travis Sol Gerard Noname of Regina are each charged with attempted murder and break and enter.

A man and a woman living in the home on Bauermeister Bay were both injured in the May 15 incident.

Anyone with information on their whereabouts is being asked to contact Regina police or Crime Stoppers.