Warren's weather: No shortage of severe weather in the Prairies

REGINA -- Mother Nature put on quite a light show Thursday night across the province. That, or the Avengers have built a new base in Regina and Thor came for a visit!

We knew it was going to be an active storm day and intense storms stretched from Central Alberta to Southern Manitoba. Confirmation has yet to come but Calgary did see what was likely a tornado. Tornado warnings were put in place late in the afternoon in that area of the country while the action picked up around 6:30 p.m. in Saskatchewan.

A cluster of smaller but severe storm cells bubbled up near Meadow Lake and a Tornado warning went into effect. No reports of funnel clouds or tornados have come in but the area saw just under 30 millimetres of rain with wind 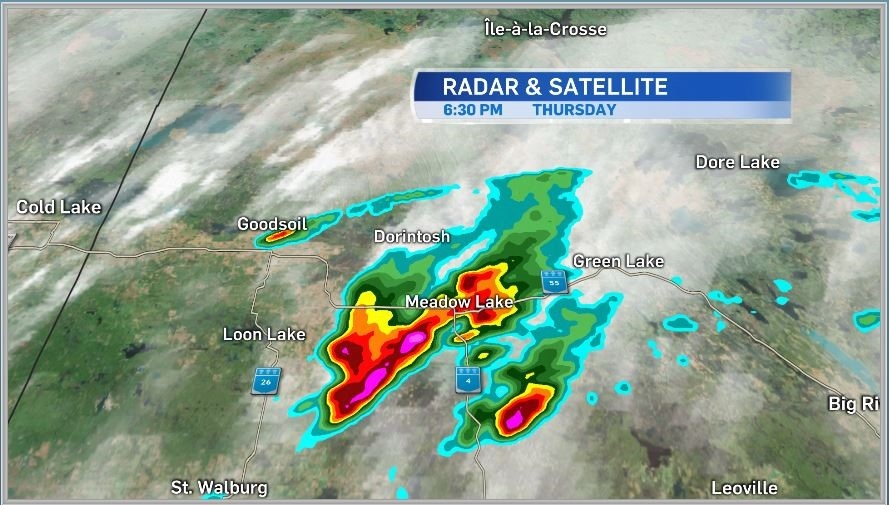 To the East, Hudson Bay reported 33.7 millimetres of rain. Intense storms started in the South a little later but still packed a punch. The biggest storm started South of Regina and hit the Queen City at approximately 9:30 p.m. Loud thunder cracks, sharp lightning, heavy downpours and wind gusts came through during the show. 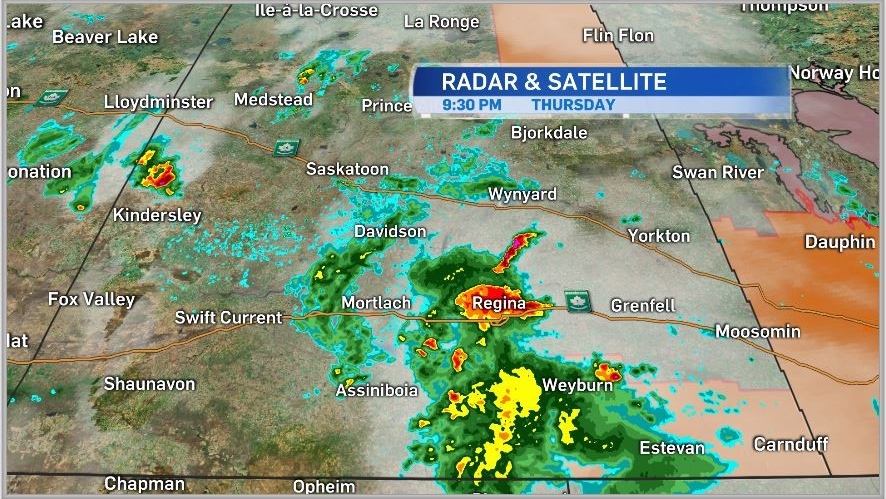 Storm season is in full swing on the Prairies and we'll continue to see unstable conditions into the month of August. The humidity isn't going anywhere either so sorry about the frizzy hair! 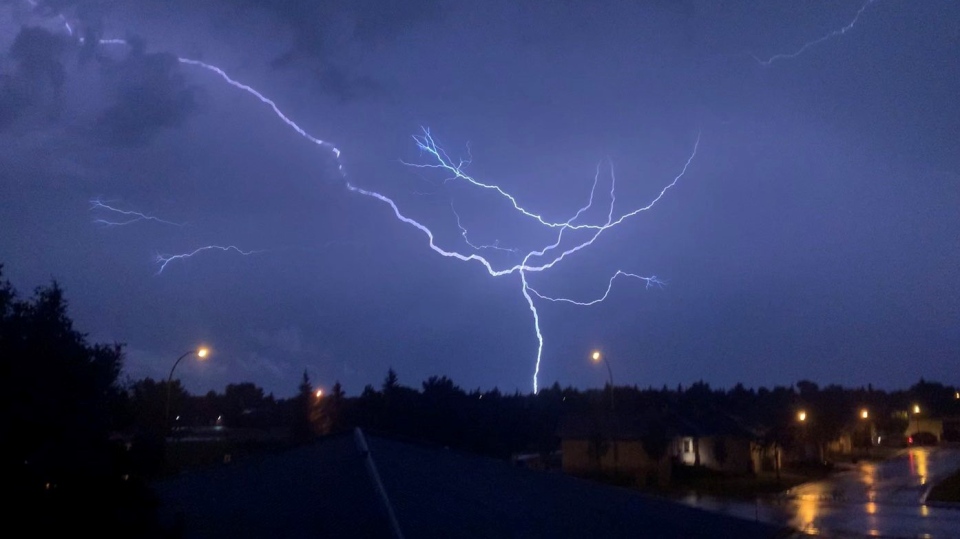