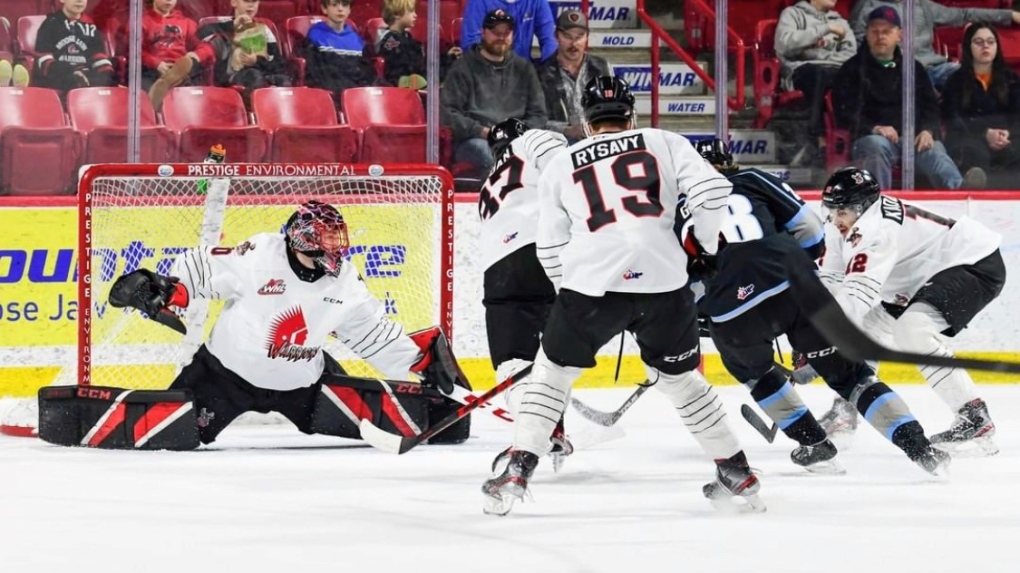 Winnipeg had outscored Moose Jaw 13-1 heading into game 3. The ICE would strike first on a power play goal by Zachary Benson with just under four minutes to go in the first period.

The ICE would get multiple chances on the power play with the Warriors having spent 17 minutes in the box in total in the game. However, they would not capitalize on another Warriors penalty the entire game.

“We got our chances, we got our looks but we didn’t execute. I give their goalie credit, he played a really good game,” Benson said. “That’s on us, we have to put one in.”

Jackson Unger was solid in his first WHL start. He stopped 38 of 40 shots and earned the game’s first star.

“Yeah it was amazing. I had a lot of nerves going into this game,” Unger said. “I know the team was looking for a bounce-back game and we definitely showed that tonight and shut them down inside.”

The Warriors were down 2-0 heading into game three but have not lost on home ice since the postseason began and did not want to lose that momentum in this series.

“You can’t predict everything that’s going to happen but I think throughout the year our team’s shown they know what to expect when their back’s against the wall,” Warriors head coach, Mark O’Leary said.

A shorthanded goal in the third period by Calder Anderson on a feed from Cordel Larson would stand as the winner in game three.

The Warriors were 2-5 against the ICE in the regular season. Both wins came at home.

The Warriors will look to even the series in game four Wednesday night at Mosaic Place in Moose Jaw. Puck drop is 7 p.m..

“We’ll be looking to start fast tomorrow [Wednesday] and establish our game and feel good about ourselves and roll from there,” O’Leary said.