Warriors sloppy in 4-1 loss to Giants 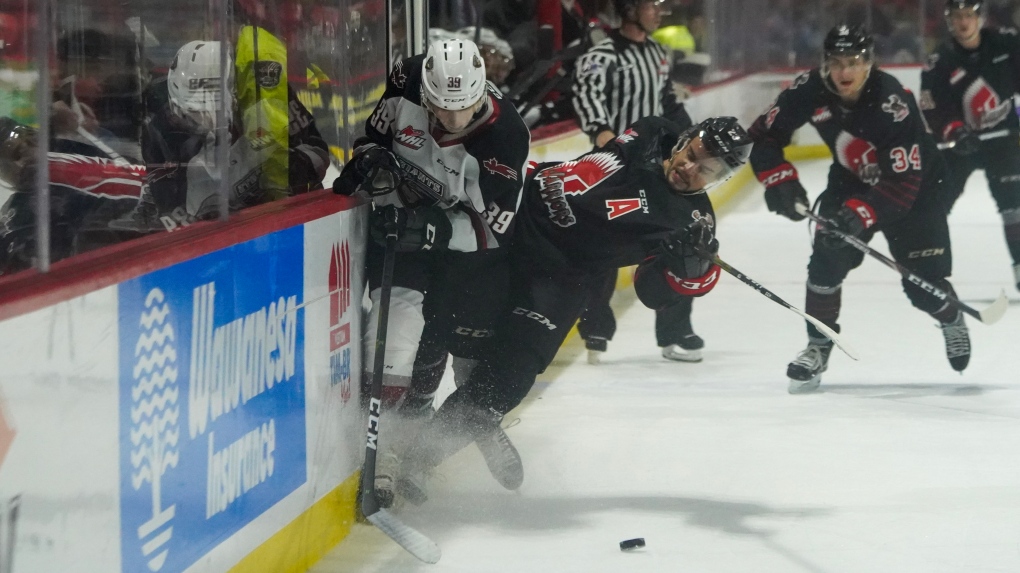 The Moose Jaw Warriors had their five-game winning streak snapped with a 4-1 loss to the Vancouver Giants at Mosaic Place on Friday night.

"We were average tonight and average is not good enough in the WHL, right from our best players down to our youngest players, we were average," Warriors head coach Tim Hunter said after the game.

Owen Hardy, who was traded from Vancouver to Moose Jaw last weekend, opened the scoring for the Warriors with a goal 3:29 into the game. The goal came after a video review found the puck crossed the goal-line before the net came off.

Sloppy play with the puck cost the Warriors over the rest of the game as the Giants scored the next four goals in the win.

"We’ve got to be faster with the puck, be a lot more simple, don’t force plays, we had a lot of blocked shots, so just be quicker on pucks," said Hardy, who has three goals in three games since joining the Warriors.

Tristen Nielsen scored a highlight reel goal in the final minute of the first period and then he potted his sixth of the season 9:19 into the second period to put Vancouver in front.

Nielsen then set up Justin Sourdif only 4:05 later to put the Giants in front 3-1 after two.

Lukas Svejkovsky picked up his second of the season with 7:11 gone in the third to help Vancouver seal the win.

Goalie David Tendeck made 25 saves to take the win in goal, while Warriors netminder Bailey Brkin stopped 27-of-31 shots in the loss.

"Focus, being engaged, being ready to play, I didn’t like our game start-to-finish, so we’ll look at it, we’ll talk about it and then we’ll move on to getting ready for [Prince Albert]," said Hunter.

The Warriors will hit the road to Prince Albert to face the Raiders on Saturday night, while the Giants finish up their East Division road trip in Regina against the Pats at 7 p.m.

The Pats are also home to the Lethbridge Hurricanes on Sunday afternoon at 4 p.m.