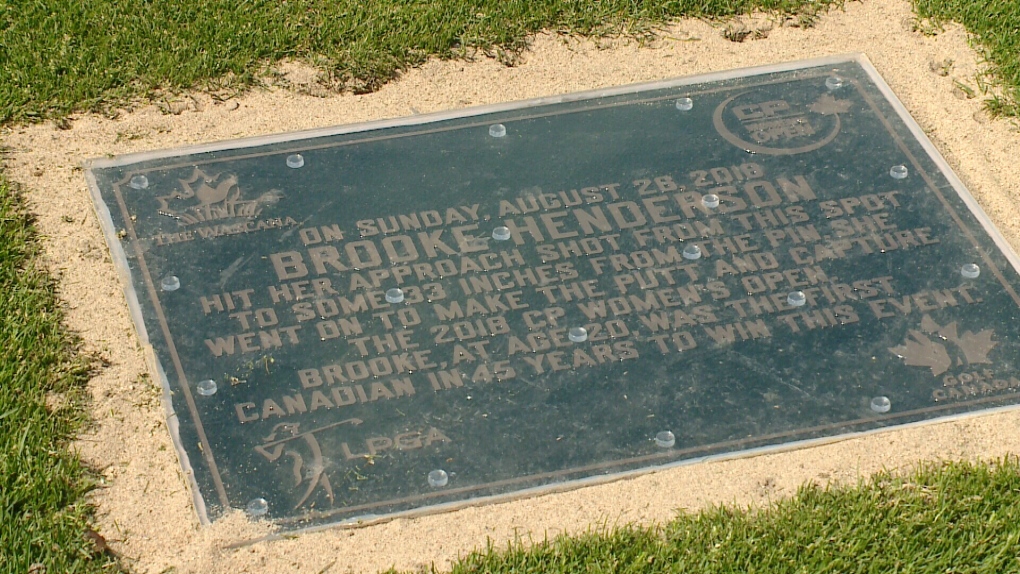 The Wascana Country Club has marked a part of Canadian golf history with a plaque on the fairway of the 18th hole.

The plaque is placed on the spot where Brooke Henderson hit her approach shot in the final round of the 2018 CP Women’s Open, hosted at the course.

“We had it made last winter, but we couldn’t get it in the ground, we had to prepare the ground and so on,” said Greg Dukart, the CEO of Wascana Country Club. “We thought it’s appropriate now because next week she plays to defend her title.”

“I was walking right beside her on the course, I thought it was a great shot, and she deserves that plaque,” said Brian Thomson, a club member.

Along with the plaque, Henderson was also given an honourary lifetime membership to the golf club.

This year’s CP Women’s Open gets underway next week in Aurora, Ontario.