'We have to remember them': Yorkton Legion helping to put faces to graves of Canadian soldiers overseas

YORKTON -- The Yorkton Legion is working with an organization in the Netherlands to put a photo next to every tombstone in the Groesbeek Canadian War Cemetery.

Else Schaberg, who is on the member board and research team for Faces To Graves, reached out to the local legion looking for details on Pte. Herbert Federick Painter.

Painter is one of the 2,300 Canadian World War II soldiers buried in the cemetery. 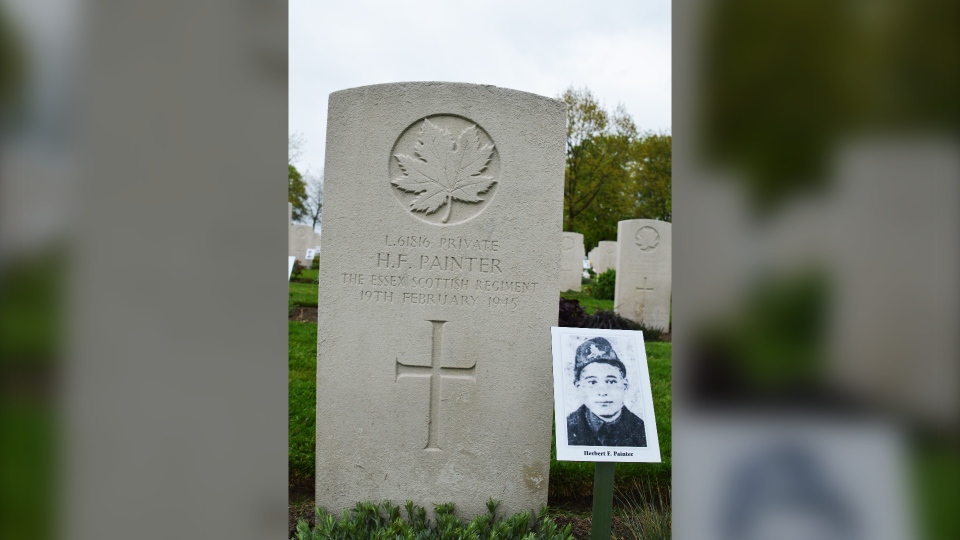 "It really is great to have someone actually looking in to it, doing the research, showing that they care, and then reaching out to us overseas to help," said Brittany Johnson, vice president of the Yorkton Legion.

The organization has collected 1,500 pictures for the graves so far.

"It's a huge undertaking but that just goes to show you the gratification that the Dutch people have for their soldiers," added Johnson.

The program is a lot of work for the small group of volunteers in Holland, and it takes a wide web of connections.

"We have more contacts in Canada and this way we try to look everywhere for photographs," said Schaberg from the Netherlands.

She added it is important to put a face to these names and so their stories live on.

"We can pay tribute to these heroes because to us they are still heroes,” Schaberg explained. “They gave their lives for our freedom, so we have to remember them."

Johnson was thrilled to lend a hand where she could, and was touched by the thanks and care the Dutch have towards the fallen soldiers.

"As a Canadian it really makes you feel comforted that all of our heroes are taken such good care of over there."

She said seeing the video Faces to Graves put together highlighted the serenity of where our soldiers were laid to rest and the venture has inspired her to do more research on our veterans.

"I have grand plans for our cemetery one day and I’d like to see it in action and they're just a huge inspiration for me."

The organization has identified a total of five soldiers buried in the cemetery who are from Yorkton, in addition to Painter there is Walter Robert Middlemiss, Charles Thomas Brown, Theodore Adam Grygar and Ralph Henry George Bartlett.

While these men have been identified, the organization said there is a chance there are more. Schaberg said people can contact Faces to Graves if they have information about a soldier buried at the Groesbeek Canadian War Cemetery.