'We're not going to fold': Union workers rally outside of Co-op Refinery

REGINA -- Hundreds of union workers at Regina’s Co-op Refinery continue to picket outside of the complex, after going on strike on Thursday at 4:30 p.m., and then being locked out by the refinery at 5:30 p.m.

A rally took place on Friday afternoon as a show of support for the approximately 720 workers affected by the strike/lockout.

Unifor 594 workers are looking for Co-op to uphold promises they say were made about the pension plan.

Unifor 594 President Kevin Bittman says they are willing to sit down any time, if Co-op takes some of their concessions off the table. #yqr #sk

Scott Doherty, the executive assistant to the national president of Unifor, said his message to Co-op is simple.

“Get back to the bargaining table, take the concessions off the table and let our members get back to work,” he said.

“We’re not going to fold. Our message has been clear all along,” Doherty added. “People plan their whole lives around this pension plan. To change it at the end of the day is inappropriate.” 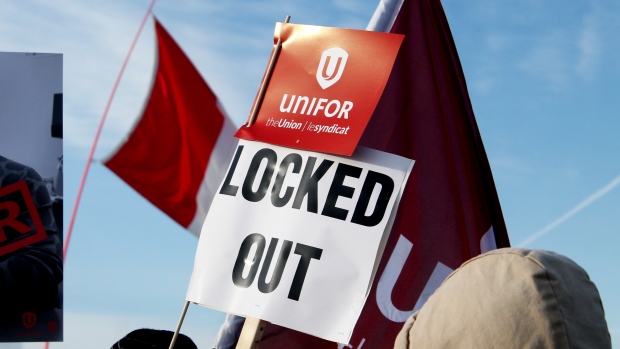 Workers spent Thursday night outside of the refinery, and were stopping buses of temporary workers who were coming from different provinces. The strikers are calling them ‘scab buses.’

“I’m not overly concerned that there’s going to be a shortage of gas. I don’t think that’s going to happen, or diesel,” Doherty said. “But I don’t know what they have stockpiled. We think they’re running at about half capacity but we don’t know for sure.”

The president of Unifor 594 says they’ve been clear with what they want for months.

“Nobody really wants to be out on the picket line in the middle of winter, but you know what’s on the line right now,” Bittman said. 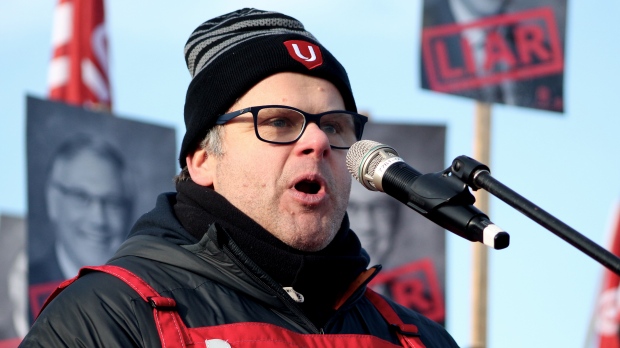 “We’ll be here. If they want to take the concessions off the table, we’ll sit down anytime. And we told them all the way since spring.”

In a statement on Friday, Co-op spokesperson Brad DeLorey said “We remain committed to the bargaining process but there have been no further discussions with the union executive. The refinery is running at planned rates and there are no injuries or incidents to report.” 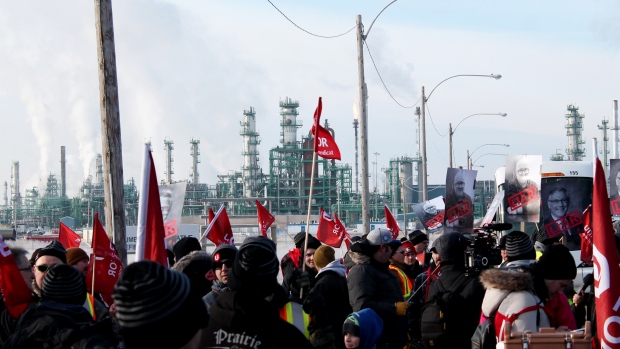 Unifor members say they plan to remain on the picket lines until a new deal is struck and they get what they want.