REGINA -- With four months left in 2020, Saskatchewan has already seen its most overdose deaths in a decade.

The Saskatchewan Coroners Service has confirmed 40 people have died from drug toxicity deaths between Jan. 1 and Aug. 6. The coroner’s report also shows 139 deaths are suspected to have been due to drug toxicity.

The 179 overdose deaths are more than any of the past ten years, the previous high was in 2018 with 171. The numbers have been climbing since 2010 when 78 people died of an overdose. 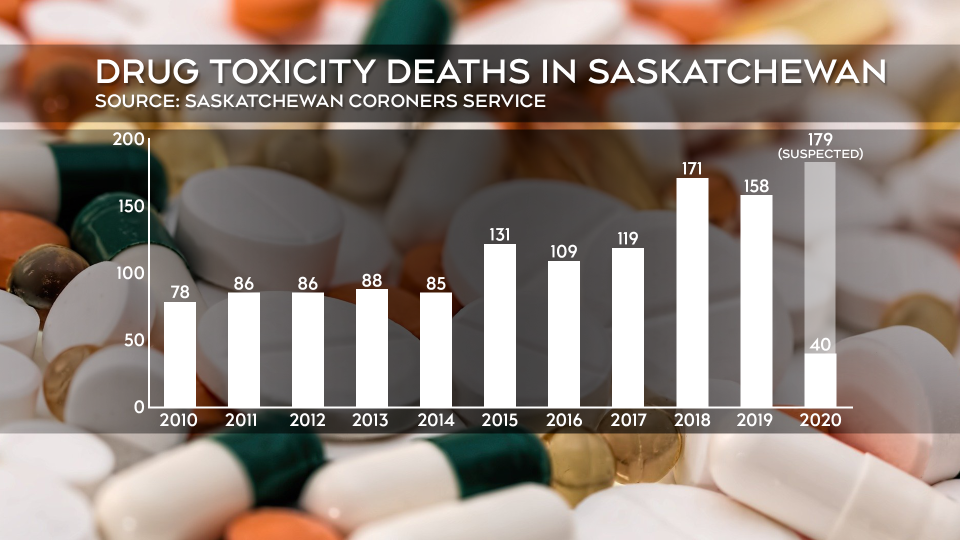 "We’re very concerned," Jim Reiter, Saskatchewan’s Health Minister, said. "The numbers are up right across the country, we’re concerned, obviously there’s a lot of problems here with addiction and there’s issues caused by fentanyl, it dangerous and it’s causing deaths."

Fentanyl and carfentanyl have been the main cause of the confirmed deaths, responsible for 28 this year. 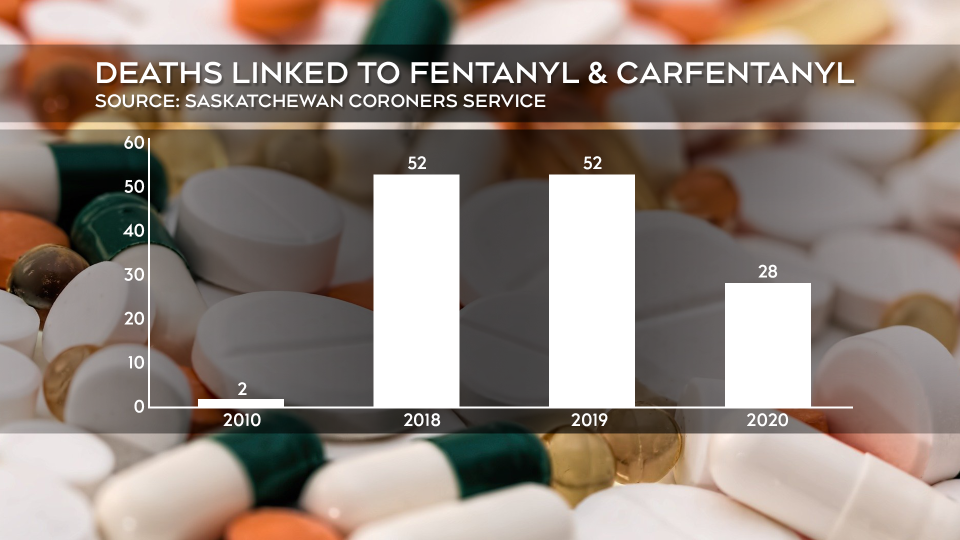 The COVID-19 pandemic caused many addiction services in the province to stop.

The Minister said he recognizes the benefits of the funding won’t be felt immediately, but pointed to new treatment beds as a way to combat the crisis now.

"There’s a number of detox beds that are going to be opening in Regina, Saskatoon and some other cities around the province," Reiter said. "We’re looking at rapid access to addiction medicine clinic opening in the Battlefords, we’re opening a crystal meth specialized treatment facility in Estevan, so we think some of those we can get up and running fairly quickly."

The Opposition is calling the mental health and addiction situation a crisis. NDP Health Critic Vicki Mowat called on the government to provide funding to Saskatchewan Polytechnic to restore its addictions counselling program, which was suspended earlier this year due to the COVID-19 pandemic.

"Folks aren’t going to be able to get the training to help people who are in need and when they don’t get that help, we see them ending up in emergency situations where in many cases they aren’t able to be cared for," Mowat said.

Reiter couldn’t address that specific program, but said, the province is “looking at all avenues."