REGINA -- The Regina International Airport saw 98.2 per cent fewer travellers during the month of April than compared to that time last year. And fewer travellers, means fewer dollars flowing in for the airport.

James Bogusz, CEO & president of the Regina Airport Authority, said about 35 per cent of staff were laid off because of the COVID-19 slowdown, and the airport has been looking for other ways to cut costs.

“We’ve made reductions to pretty much every expense category we could, not, of course, compromising safety or security for our passengers or our staff,” said Bogusz. 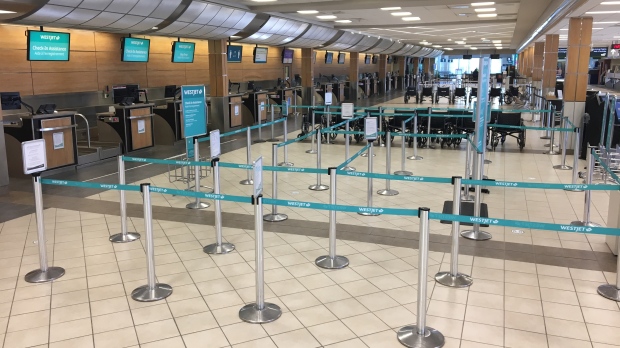 As part of the Canadian Airports Council, the Regina International Airport is asking the federal government for financial assistance. Bogusz estimates the airport’s cash reserves, which are filling financial gaps due to the slowdown in passengers, will be deprecated by early summer.

“I don’t want to use the word ‘crisis’ quite yet. What I’m going to say is, we are heading towards one,” said Bogusz. “And if we don’t have some meaningful relief that we are aware of in, at least coming in the next few months, we are going to be taking on debt.”

Saskatchewan travellers are also dealing with the restrictions currently in place. Craig Beauchemin lives in Swift Current, while his girlfriend lives in Washington. He hasn’t been able to see her in two and a half months. 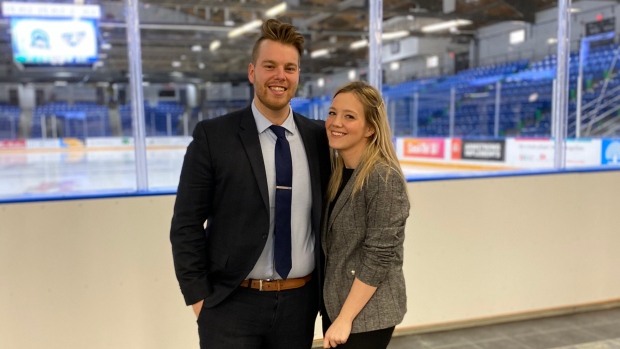 Craig Beauchemin and his girlfriend (supplied)

“We both work in hockey and we both have so much more free time now, with it being the off-season,” said Beauchemin. “You just kind of take it day by day and hope that the next update is going to be good news rather than bad news.” 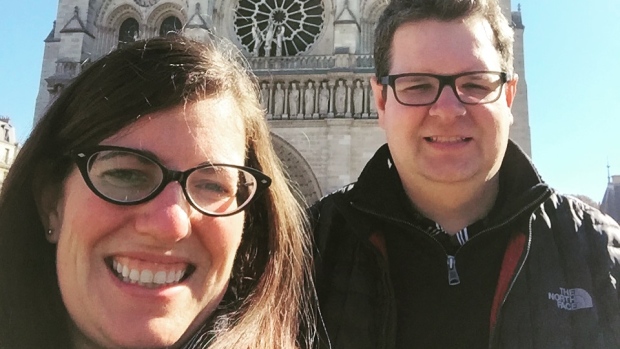 Stacey Smith and her husband (Supplied)

“We had to cancel a few events. Luckily, we were at the end of our event season, so just a few of them had to be cancelled,” said Smith.

She was also forced to cancel several personal trips.

“I had a trip to Boston for my mom’s 70th birthday. We had a trip to Portland for my husband to do a Spartan race,” said Smith. “We’ve cancelled everything.”