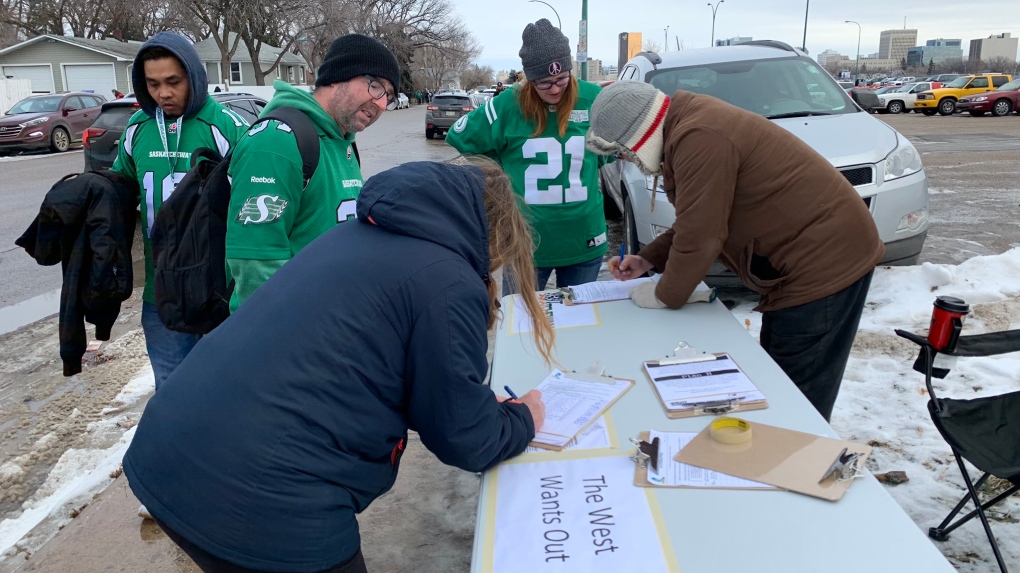 “Our plan A, is to put pressure on the provincial government to hold a referendum on western independence for Saskatchewan,” Wexit Saskatchewan volunteer Harry Frank said.

Frank says if no referendum is brought forward, Wexit Saskatchewan plans to do it themselves, by forming their own political party. So petitions to form a new political party were made available on Sunday outside Mosaic Stadium in Regina.

"To give us more say in the west, cause right now we're not being represented what so ever. The elections are over as soon as they hit the Manitoba border, and the west is just frustrated right now,” Frank said.

Wexit Saskatchewan made the petitions available about two hours before the Saskatchewan Roughriders kicked off against the Winnipeg Blue Bombers in the CFL West Final, which resulted in a lot of foot traffic, and many signatures.

"We don't really have any leaders in our area to speak for us. Everything that happens is somebody else’s say basically. And we need our own voice," Kim Poorman, who signed the petition, said.

But others did not want to support the petition.

"I believe in Canada. I want it to stay whole, I want us to get along as a nation and not go down the line of politics where we're all fighting with each other and breaking each other apart. I just think it's non-productive," Monique McIntosh, who did not sign the petition, said.

Wexit Saskatchewan feels the Federal Government has implemented numerous laws and regulations to squeeze the west into submission through economic destruction leading to poverty and reliance on the government. The group plans to keep collecting signatures at major events in the province.