Winds reached 94 km/h in the city on Friday, causing trees to topple over, roofs to be damaged and one trailer home was demolished. 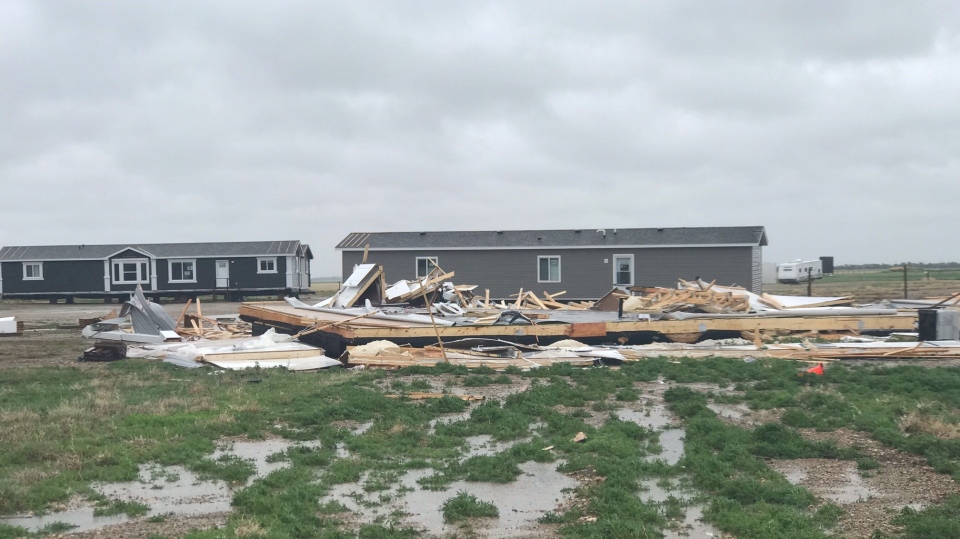 A mobile home built by Minard’s Steadfast Homes in Weyburn was destroyed by a windstorm on June 10, 2021. (Stefanie Davis/CTV News)

Navou Park on the west side of the city saw significant damage.

Zayne Lendrum, a resident of the park, had a large tree fall onto his roof.

“The winds started picking up around 5:30 p.m., plow winds started hitting, branches started coming down out of trees and we saw a piece of house go by at that point,” he said.

“Around 6:00 p.m. we were at the door watching out, the tree started moving a bit more than it should be and you couldn’t hear anything at that point because the wind was just drowning everything out.”

He said the large tree started to bend like liquorice.

“It just came down in super slow motion,” Lendrum said. He believes the damage to the house is minimal. Zayne Lendrum looks at the tree that fell onto his home. (Stefanie Davis/CTV News)

“SaskPower and the Fire Crews were here last night and they shut power off to this half of the park. We got to get in and inspect and it looks like [the tree] is just resting on the house right now,” he said.

“Shingles and all that look good, the eaves aren’t coming off or anything like that. We won’t know until it gets fully removed, which the park managers are getting arranged right now.”

Tori Mallory, another park resident, said she hasn’t seen this much damage in the park in the two years she’s lived there.

“Somebody lost their roof and we saw them emergency putting back on their roof. But nobody got hurt, just lots of shingles and tree branches everywhere and now we’re flooding,” she said. “I was surprised to see all of the damage after the plow wind.”

Mallory said on the bright side, the storm appeared to bring neighbours together.

“We were all visiting and checking on each other last night, making sure everyone was okay,” she said. “All the neighbours got to have a good visit after and walk around and see what happened.” 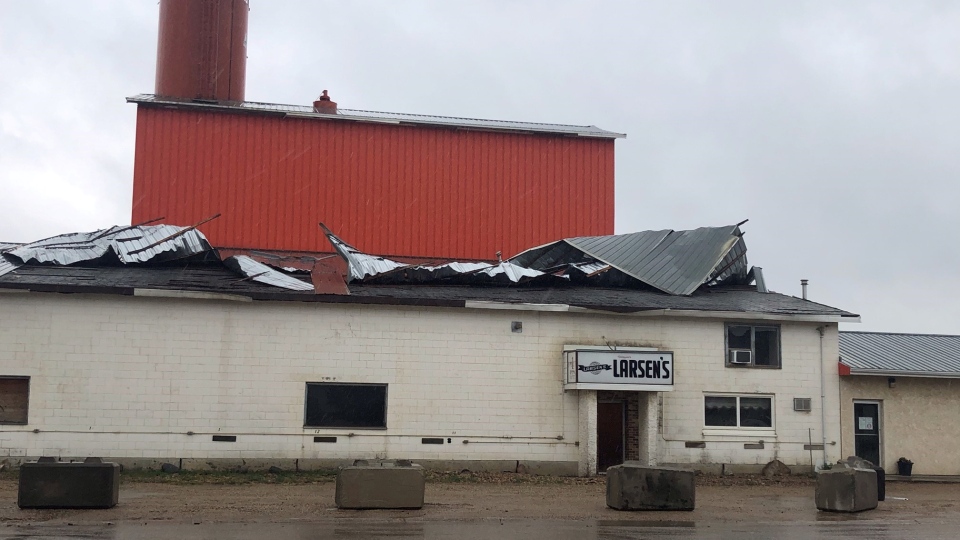 The City of Weyburn said it did not experience any major issues and it conducted its regular storm clean up.