REGINA -- A Regina-based organization is raising awareness for child abuse prevention this April by decorating the front of Regina’s City Hall with hundreds of blue pinwheels.

Holding Hope was founded by Sarah Labadie in 2019 after she came forward about her own experience of child abuse.

She said in her situation, she didn’t realize what was happening to her as a child was abuse. That’s why she believes more education on child abuse needs to be taught in schools and discussed with children. 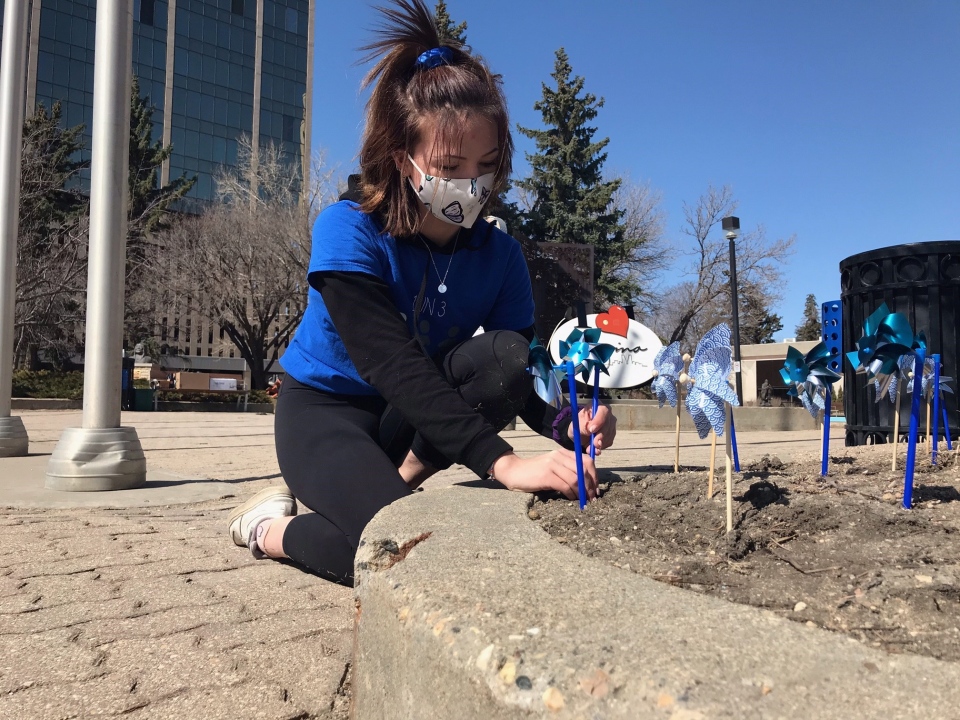 “I think that if I was told what abuse looked like and what to do if myself or a friend was in that situation, I do think that I would have come forward,” she said.

In many regions, April is recognized as Child Abuse Prevention Month. It was proclaimed by the City of Regina this year. The city also approved the display of pinwheels in front of City Hall for the entire month.

Labadie said the pinwheel is the symbol for child abuse because it represents the playful, fun youth that all kids should be experiencing.

“We are actually putting out 763 of them. Each pinwheel represents 100 people,” she said. “According to Statistics Canada, one third of the population will experience child abuse before their fifteenth birthday. So we did the math, and that’s 76,309 people in Regina.”

Maelle Magnan, a member of Holding Hope, said she hopes anyone who sees their display will walk away more informed.

“We want to raise as much awareness as we can,” she said. “So that they have the resources they need to help whoever they need. If it was say, a child who was being abused or anything like that, that they know there’s people out there who are always there for them and there are resources.”

Holding Hope actively working to spread its message through social media. Labadie said they are also in the process of working with some schools to integrate more child abuse education in the classroom and to create their own pinwheel gardens.

On April 15, the organization is encouraging everyone to take part in Wear Blue Day to raise awareness about child abuse prevention and to start a conversation that will eventually lead to change.