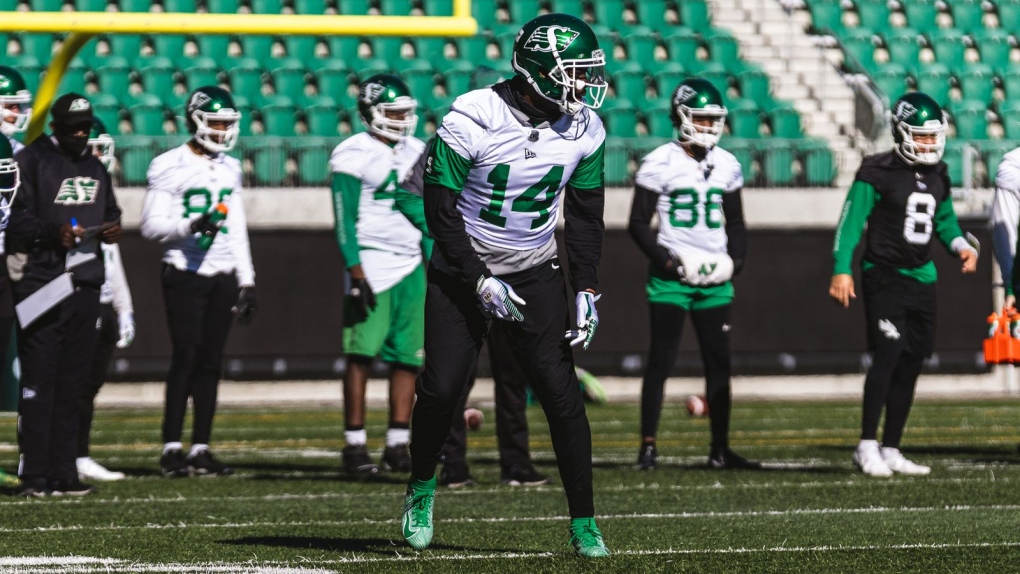 Duke Williams has become an integral part of the Riders' offence since joining the team in October. (Supplied: Saskatchewan Roughriders)

Saskatchewan Roughriders star receiver Duke Williams was helped to the locker room after attempting to make a catch in coverage toward the end of the first half of Saturday's game against Montreal.

The wide-out went up for a catch, in coverage, and landed very hard. The replay on TSN showed his head dragging along the turf in an awkward manner.

Williams has appeared in four games for the Roughriders this season making nine receptions for 159 yards and a touchdown.

The game is still in progress and will be updated as soon as we have more information.

A fragile ceasefire deal to end nearly three days of fighting between Israel and Palestinian militants in Gaza held into Monday morning -- a sign the latest round of violence may have abated.

Hope for 'significant change' in all of sports following Hockey Canada board chair's resignation: lawyer

The recent resignation of Hockey Canada's board chair could be a sign of further departures to come, says Simona Jellinek, a sexual abuse and assault lawyer.

Summer of heat waves: A list of some temperature records broken in Canada this year

Canada's summer of heat waves continues this weekend, with warnings issued in four provinces. CTVNews.ca looks at some of the heat records broken already this year in Canada.