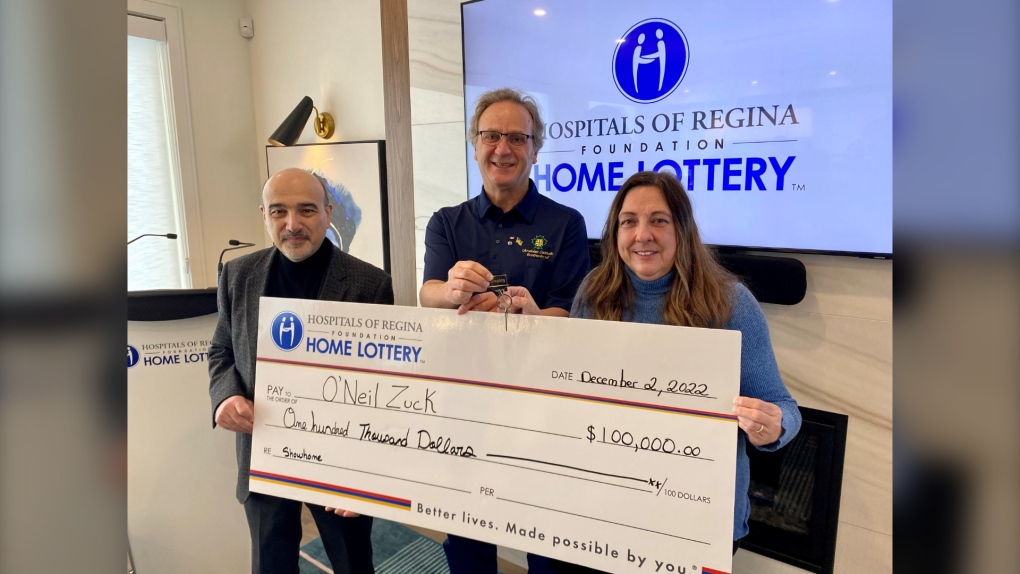 The winners of the Hospitals of Regina Foundation Home Lottery were given the keys to their new house on Friday morning.

O’Neil and Lenore Zuck were officially handed the keys to their new $1.3 million home. The couple has been buying tickets in the HRF Home Lottery for decades and were ecstatic at their huge win.

The Zucks have needed the hospital a few times in the past five years, and are thankful for the healthcare provided.

When the winning names were announced on CTV on Thursday night, O’Neil’s phone began lighting up with text messages, but the big news only sunk in after he received the official winning phone call.

“Ya know, when we finished talking, I was on the floor. I was laying down on the floor for about five minutes before I could get my composure and get up,” he said. “I mean, that’s how profound it was, we were on cloud nine. It was just euphoria! It was just overwhelming, especially for us, it’s a humungous game changer in our lives.”

The HRF Home Lottery raised more than $1.3 million to support healthcare in southern Saskatchewan. Some of the money will go towards a new children’s cancer clinic at the Regina General Hospital.