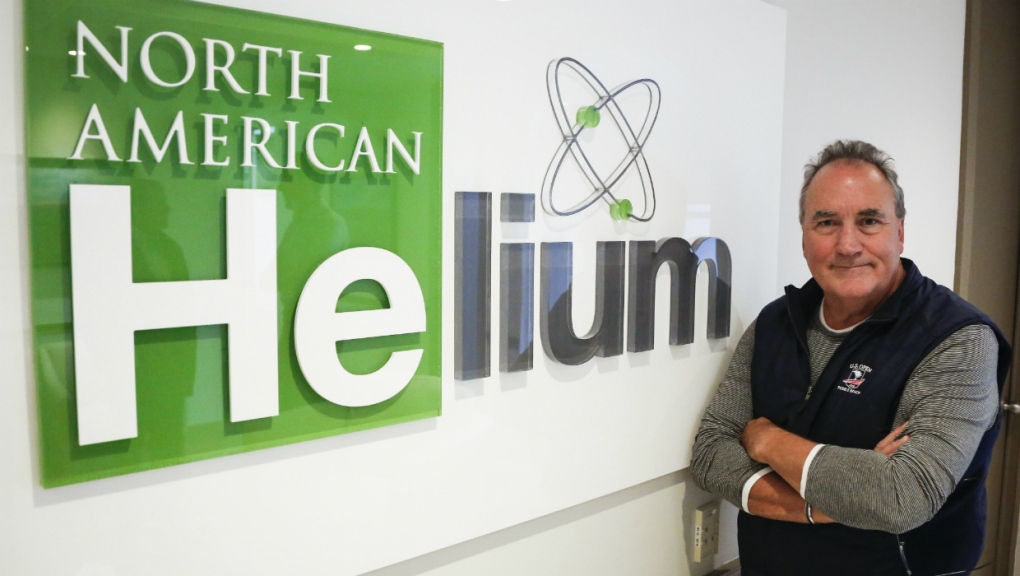 Marlon McDougall, president of North American Helium, is shown at the company's head office in Calgary. (THE CANADIAN PRESS/Jeff McIntosh)

The new facility will be located near Battle Creek, and will be operated by North American Helium Inc.

The project is expected to be completed by July 2021.

“We are fortunate to be operating in a jurisdiction with a supportive regulatory structure, favorable geology for helium production and a skilled workforce,” North American Helium's Chairman and CEO Nicholas Snyder said. “The government has shown a commitment to the development of this industry in Saskatchewan, which will contribute new production needed to replace depleting natural-gas-linked helium sources in North America. “

New amendments to industry regulations include a PST exemption for drilling activity including helium.