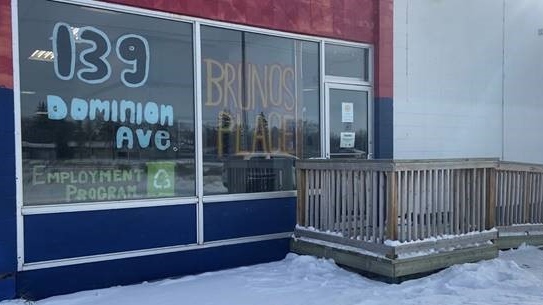 The shelter accommodates both men and women and has 10 cots. It often reaches full capacity from Thursday through Monday.

So far the shelter has seen a majority of women and people with a wide variety of needs.

“Seniors that have struggled with a fixed income, we’ve seen someone come from bed bugs, people being just generally homeless, people who are transient through the province,” Chernoff said

The goal of the shelter is to connect clients with appropriate supports.

“We do already have some success stories. We have had at least three individuals transition into stable housing,” she said.

Bruno’s Place received grant money to help start the shelter, but it only covers half of the operating costs, according to Chernoff.

“The reality of this is we do have to give a lot of complimentary nights, where our costs are from $120 to 150 per person and so we’re eating up that cost,” she said.

Chernoff said one way to help is to donate money and cover the cost of a free night. Another way to help the non-profit is by donating essential items.

“If you want to donate toilet paper, paper towel, laundry soap, things like that. Those cost get pretty high because we are open 24-7 and there are four washrooms in here,” she said.

The shelter also accepts food donations as long as they are not expired.

Chernoff said it has been a learning curve but the staff at Bruno’s Place have lived up to the challenge.

“I’m hugely grateful to the team that we have here,” she said.

Currently the non-profit is in the process of developing a volunteer policy, and asks the public to keep an eye on their Facebook and Instagram pages for updates.

Canadian military would be 'challenged' to launch a large scale operation: Chief of the Defence Staff

Canada’s military forces are “ready” to meet their commitments should Russia’s war in Ukraine spread to NATO countries, but it would be a “challenge” to launch a larger scale operation in the long term, with ongoing personnel and equipment shortages, according to Chief of the Defence Staff, Gen. Wayne Eyre.