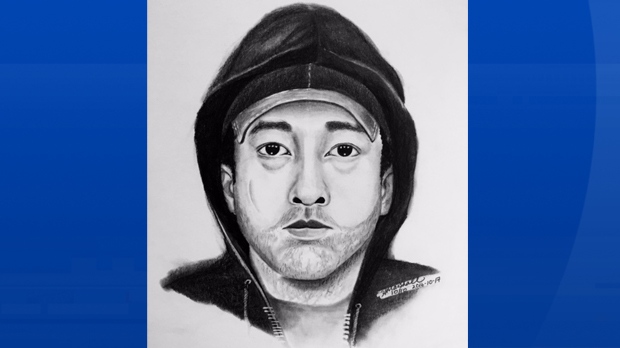 Police have released a sketch of a person of interest after a man approached boys and made inappropriate comments in three separate incidents in Yorkton. (RCMP handout)

Police in Yorkton have released a sketch of a person of interest after a man approached boys and made inappropriate comments, some sexual in nature, in three separate incidents.

RCMP say all three youths walked away and sought help, and were not physically harmed.

Police are looking for a person of interest from one of the incidents. He is described as a man in his late 20s or early 30s, who is five-foot-five and has an average build.

He was wearing a grey-and-navy hooded sweater, black hat and blue jogging pants with a white stripe down the leg. He was also carrying a black backpack and was riding a gold-and-silver mountain bike.

Investigators believe a second man and a dark-coloured car are also linked to the incidents.

Anyone who recognizes the person in the sketch or has information on the incidents is asked to contact RCMP or Crime Stoppers.