'You need to cherish your family': Family of Regina man who passed away from COVID-19 warns against complacency

"I was sick for about two weeks, I was in isolation within our home in a guest bedroom and there was about three days where I was gasping for air," Gullacher said.

The Gullacher family has been hit hard by COVID-19.

Paul’s father Butch is the only person from Regina to die from the virus, while his wife and kids also showed a variety of symptoms.

Gullacher’s wife, Aimee, lost her sense of taste and smell for 10 days. His daughter, Athena, had a fever and headache, but Gullacher says she showed her normal energy, and his son, Willem, had pink eye.

He says they did everything they could to avoid the virus.

"Prior to even my dad showing symptoms, we had been exercising social distancing, we were disinfecting door handles, we were doing all the things," Gullacher said.

Gullacher’s father had reduced kidney function and hadn’t travelled prior to contracting COVID-19.

He was admitted to hospital on March 19 and put into an induced coma a few days later. He battled the virus for weeks before dying on Apr. 10.

The 69-year-old was the fourth person in Saskatchewan to die from the virus.

"It’s funny that when my mom called me on the Thursday, I didn’t realize that I’d seen my dad for the last time already," Gullacher said.

The family still hasn’t been able to have a funeral for him.

In the aftermath, Gullacher says he’s learned how precious his memories with his father have been.

"You need to cherish your family and spend time with your family now because there’s no guarantee that time is going to be available at the end," he said.

He’s disappointed that his father won’t be able to create more memories with his grandchildren. 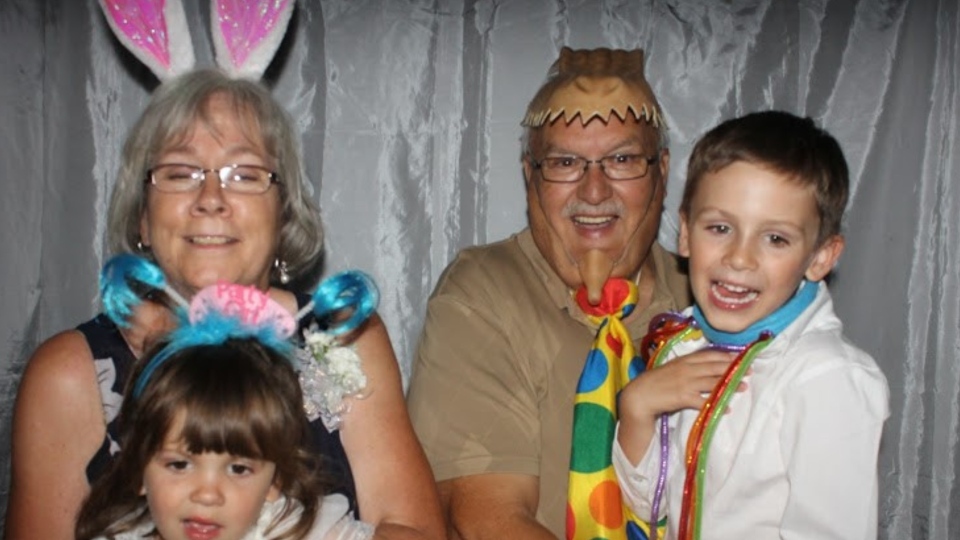 Gullacher says his son believed he may have been responsible for his grandfather contracting the virus.

"All he knew is kids don’t get really sick and kids make their grandparents sick, that’s all he was seeing in media, so even though the timeline doesn’t work out for him to have infected him, he felt guilt," he said.

Cases in Saskatchewan have remained low during the pandemic and Regina hasn’t had an active case in almost a month.

Gullacher says his family’s experience should serve as a warning against letting your guard down.

"Because so few people have been infected here in Regina, it’s easy to believe that this is someone else’s problem, that it can’t effect us here," he said.

Since recovering, Gullacher says his family has continued to take precautions and remain close to home.

He also made the decision last month to donate convalescent plasma, which is being used in a clinical trail by Canadian Blood Services to prove whether antibodies can be effectively used to treat COVID-19 patients.

Gullacher hopes it can help save a life.

"Doing all we can to prevent further pain and suffering due to this pandemic is worth doing," he said.