'You're not alone': A Sask. woman shares her sobriety story as alcohol intake rises during the pandemic

REGINA -- When Kira Novak went to treatment in February of 2020, she didn’t know she would be entering a whole new world when she left.

The 31-year-old had set out to start a sobriety journey before. She had tried books, meetings and counselors – even vitamins. But nothing helped her distance herself from alcohol.

“I got really down on myself for the fact that I can do everything in the world, I can run a marathon, I can climb to base camp of Everest, but I can't quit drinking,” said Novak.

With the help of family, friends and counselors, Novak decided to go to treatment in British Columbia after clearing a major hurdle: removing the shame from seeking help.

“I feel like I'm a successful young woman and going to treatment sounded so horrible, so embarrassing. But really it was the best decision of my life,” she said. “Removing that shame and knowing that I can’t continue as I was going, [I thought] why not just do it once, do it right and get it done.”

When Novak completed treatment and returned to Regina at the beginning of April, her world had changed – and so had the world around her.

COVID-19 was in Saskatchewan. The province had declared a state of emergency and was essentially in lockdown. Quarantine, self-isolation and social distancing were commonplace – as were virtual drinking games, Zoom happy hours and quarantini cocktails.

DRINKING DURING THE PANDEMIC

According to a study done by the Centre for Addiction and Mental Health in July of last year, more than 20 per cent of Canadians between the ages of 18 and 54 said they increased their alcohol intake since social distancing and self-isolation began.

Alcohol consumption remains high as the pandemic nears the one year mark. The Canadian Mental Health Association (CMHA) said increased stress, anxiety and depression can lead some to turn to booze for relief.

“For some people, that’s not a problem at all. It’s just one release of many,” said Rebecca Rackow, the director of advocacy, research and public policy development with CMHA in Saskatchewan. “For others it becomes a problem because it becomes the only outlet.”

“There's been a great deal of stress, a lot of unknown,” said Novak. “I've been laid off twice now, so spending a lot of time at home. Before, I would be reaching for anything just to take me away from the weird time that it is.”

Novak said she’s now equipped with different coping tools, a supportive community and Lily, who she calls her recovery dog. 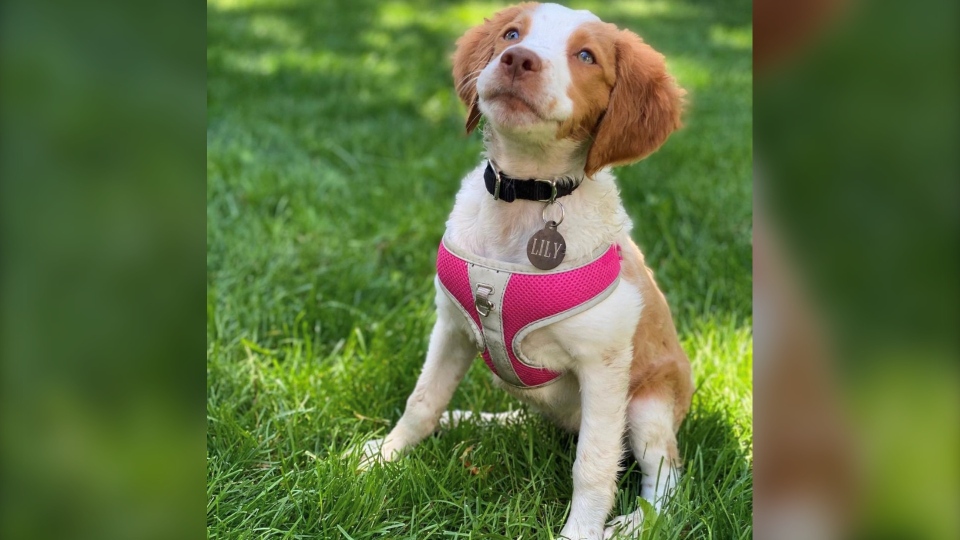 “I didn't experience the normal world in sobriety. This is all that I've known. So, I'm pretty sure that if I can kick butt being sober during this time that I can do anything,” she said.

“I've never experienced a year so full of self growth. Every single morning, I wake up happy. I’m with a clear head.”

During lockdown, Novak was in search of a like-minded community – young people who wanted to live a sober lifestyle. She launched an Instagram page called @undrunk_sk in an effort to connect with others, keep her friends and family updated and in the hope of showing others what’s possible. 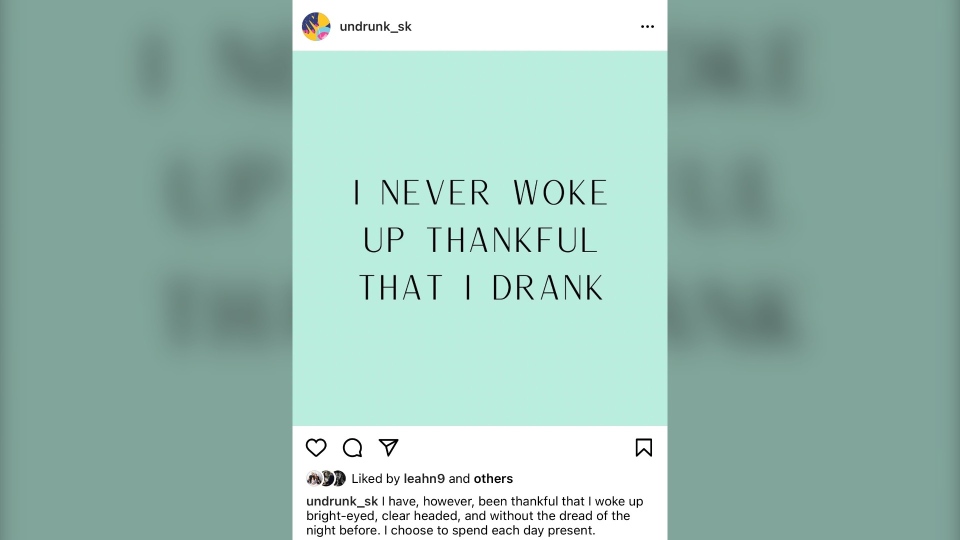 “I wanted to also utilize this page to help me be brave. And be courageous enough to not be afraid of what other people think,” said Novak. “If I can perhaps show even one or two other people what I can do with it, I'm proud of it. I wonder if it'll help someone else.”

When it comes to giving a piece of advice to others who may be questioning their relationship with alcohol, Novak asks them to “play the tape forward.”

She said her message to anyone looking to make a change is to “take it easy on yourself.”

“It's not abnormal. There's a lot of people struggling and you're not alone,” said Novak.

“Give yourself as much love and compassion as you can.”