'You've got to carry on': RM of Bratt's Lake residents clean up after storm

RM OF BRATT'S LAKE -- The RM of Bratt’s Lake, about 40 kilometres south of Regina, reported the highest wind speeds in the province during this week’s snowstorm.

Many residents are still cleaning up the destruction caused by the storm.

Alex Getzlaf arrived at his shop on Thursday morning to find half of the building lying on the ground.

"It’s certainly deflating, you work your life for this, but you’ve got to carry on," he said. 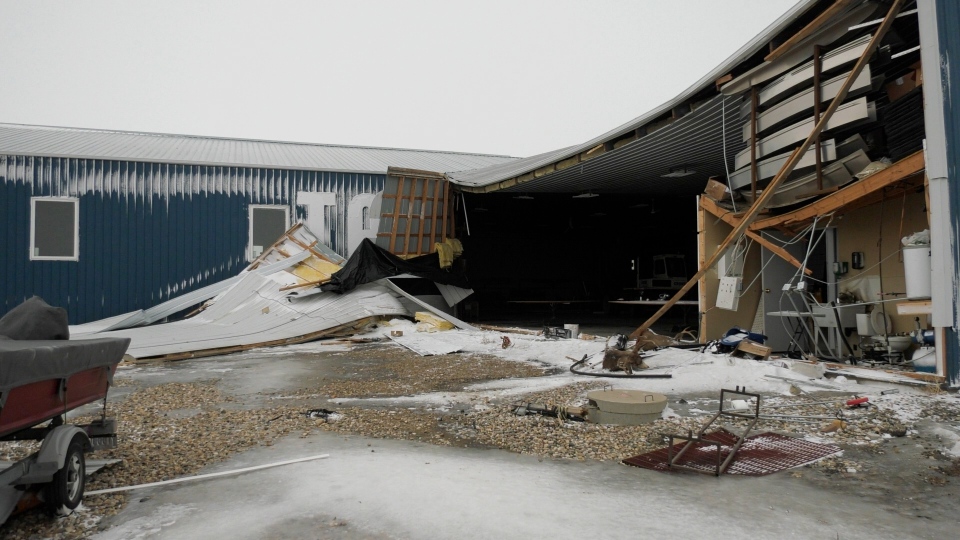 Environment and Climate Change Canada reported a max wind gust of 143 kilometres per hour at Bratt’s Lake, a new provincial record for January.

The strength of the wind was in the range of an EF-1 tornado.

"Our neighbours, Pioneer Grain, had some issues two or three times and we’ve dodged all those bullets, but I guess mother nature aimed at us this time," said Getzlaf, who built the Tarpco Manufacturing building 20 years ago.

The surrounding community has moved quickly to aid Getzlaf in the clean up and repairs of the building. He said he’s grateful for everyone that has reached out.

"Everybody is just so awesome," he said. "My customers, we’ve had people offer us buildings to work out of, it’s very moving."

Tarpco employs five people. Getzlaf is hoping to have a temporary wall up this weekend while they decide the next steps.

Across the highway from Tarpco, Randy Donovan has lived on his farm for 50 years. He said he has never seen a storm like the one on Wednesday night.

"When the house wasn’t moving, it was really hard to tell what was going on until we came out in the morning, so it certainly could have been a lot worse," Donovan said.

Donovan had a handful of grain bins blown over and one ended up scattered across the field behind his house.

The damage was more significant at a farm just north of Donovan’s on Highway 6 with a grain bin coming to rest on the front of the home. 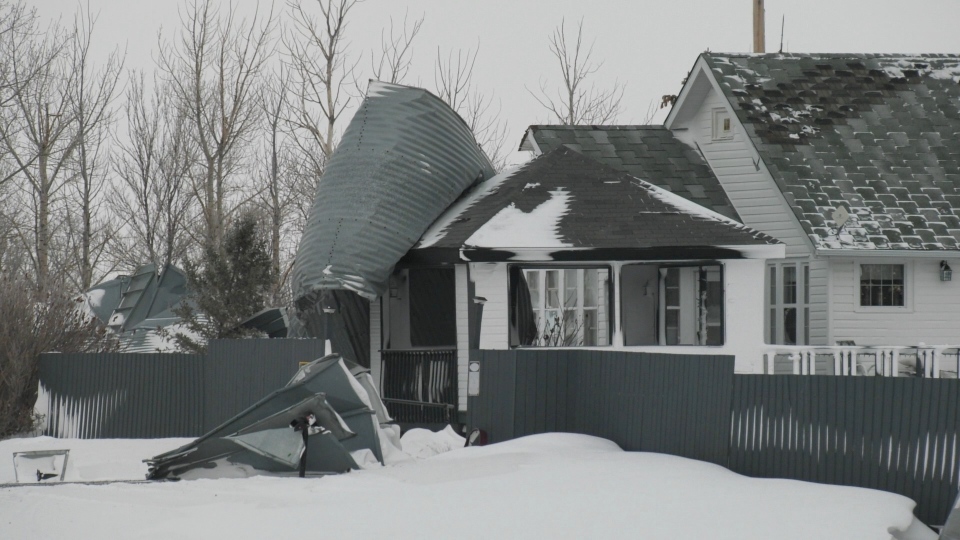 Donovan serves as Reeve for the RM of Bratt’s Lake. He said he’s glad there were no serious injuries during the storm.

"Shocked to see what went on, it could have been a lot worse, but nobody got hurt," he said.