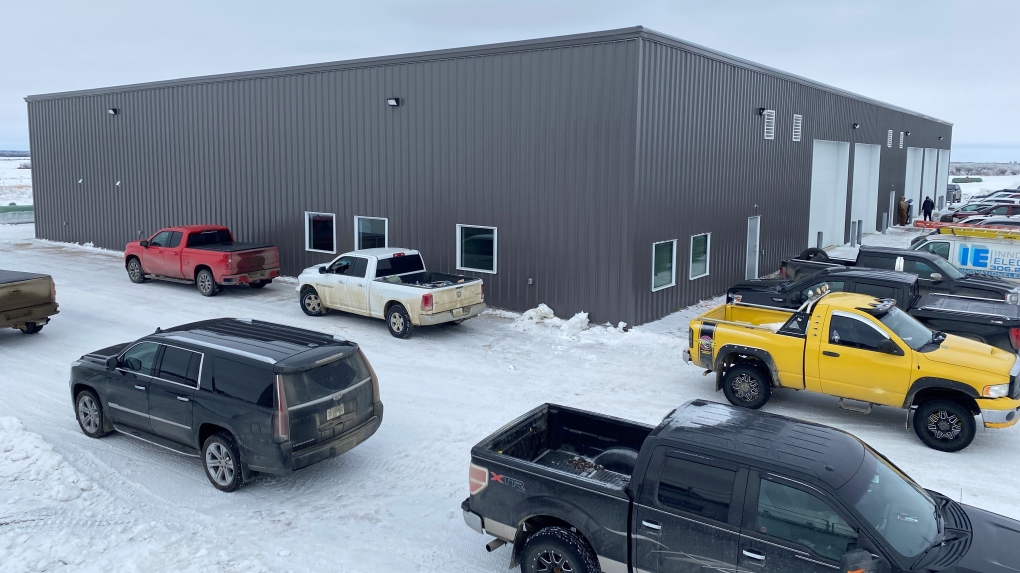 The $3.2 million building will house the community’s fire fighting vehicles and other heavy equipment.

The installation was fully funded by TC Energy, a natural gas and pipeline firm headquartered in Calgary, Alta.

With a ribbon cutting ceremony conducted by an elder, the facility was officially opened. An important step on the road to self sustainability for the First Nation according to Chief Scott Eashappie.

“[We’re] just trying to ensure that this building is accommodating Carry the Kettle’s needs as a growing community; 1500 members, 300 homes and continued development,” Eashappie explained.

“We’re looking forward to a lot of development, commercial buildings and residential homes. To ensure the safety of our properties, our members, is taken seriously.”

First responders and volunteer firefighters will also be able to train in the new facility.

Carry the Kettle is currently working with TC Energy to create an emergency response plan.

The First Nation hopes to add more equipment and a helicopter landing pad in the future.