The City of Regina is expanding the types of environments residents will see in Westhill Park through a pilot project.

Westhill Park Meadow, located in the city’s northwest end, was designed in 2001 to replace a flat crusher dust field with natural grassland habitats.

“The idea of the hilly meadow was to create a different kind of environment than we traditionally had in our parks,” said Chris Sale, the coordinator of integration and stakeholder relations with the City of Regina.

Twenty years later, a pilot project is underway to increase the biodiversity in the park.

“We’re creating habitats for birds and small mammals and certain kinds of insects and we’re creating other opportunities for education,” Sale said.

The meadow sits in the middle of Westhill Park, surrounded by a walking path and a typical flat green space. A bluff of aspen trees is located on the west side of the meadow. 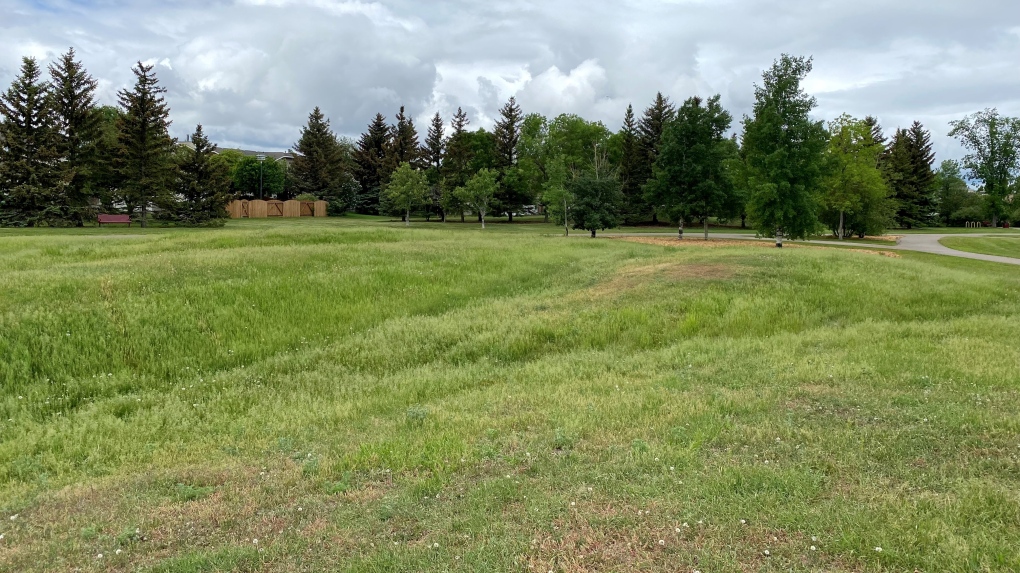 “Aspen trees will naturally send up new suckers and those trees will begin to migrate into the hilly meadow as we also reduce the mowing on this area,” Sale said.

“We’re already seeing multiple suckers come up, so we’re going to see additional trees pop up over the next two to three years,” Sale said.

City crews will maintain a six-foot mowed strip along the outside edge of the meadow. As for the grasses in the meadow, Sale said, they will likely be mowed yearly to manage weeds and allow grasses to grow about half a metre in height.

Sale said the space was designed to create different small ecosystems in the hills. The tops of the hills are dryer, which means certain plants will grow there, while other species will thrive in the wetter areas at the bottom of the hills.

In the coming years, Sale said the city plans to plant native wildflowers.

“Our park spaces can have a variety of environments within them, not just grass and trees, “Sale said.

“This kind of space serves a recreation function just as our sports fields do.”