Geotechnical assessment work for the proposed parkade at the Regina General Hospital (RGH) has discovered some “anomalies” according to a news release by the Saskatchewan Health Authority (SHA).

The release outlined that ground penetrating radar used in surveying the site had identified “anomalies” that would require more investigation before the project moved forward.

The anomalies could be anything from old foundations to other past excavations to “historical burials.” 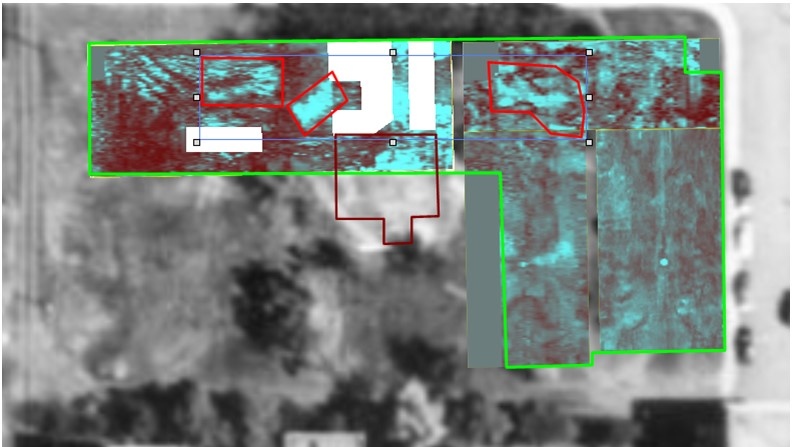 An overhead view of the northwest corner/quadrant of the parking lot near the Regina General Hospital. The anomalies are the three sections outlined in bright red. (Courtesy: Ministry of SaskBuilds and Procurement)

If the anomalies turn out to be burial sites, the SHA, as well as the Ministries of Health and Saskbuilds and Procurement, would: “coordinate with partners on next steps in the event that any human remains are discovered,” according to the release.

There are historical gaps regarding the building and occupants of what would become the Regina General Hospital.

The SHA noted that the first cottage hospital opened on the RGH grounds in 1895 and at one point there was also a Children’s Aid Home in the vicinity. 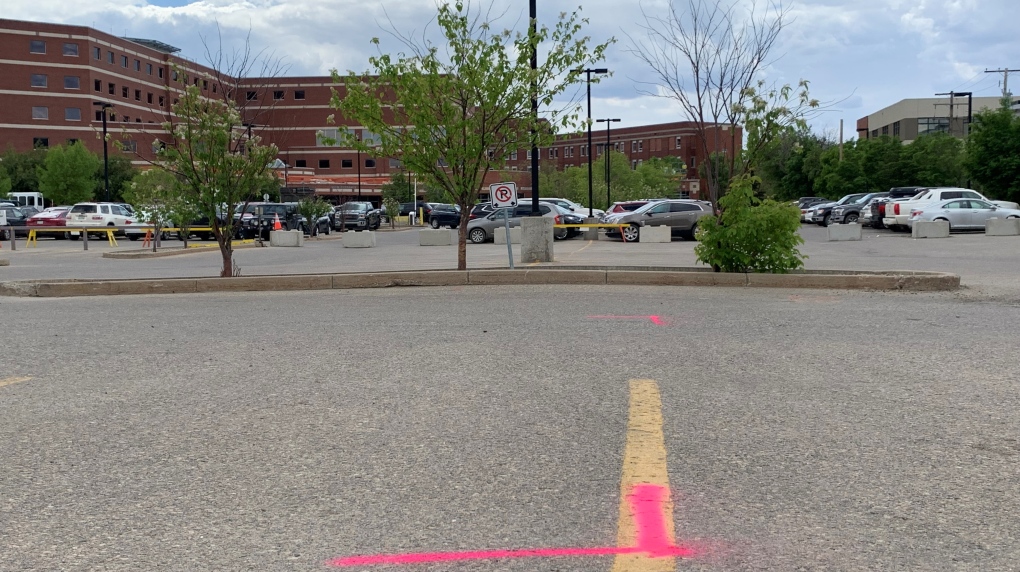 The Regina General Hospital's parkade is set to be constructed in the northwest corner of it's current parking lot. (Wayne Mantyka/CTV News)

The SHA warned that the northwest portion of the visitor parking lot at RGH will be reduced over the coming weeks as surveying and archeological efforts are underway.

An update on the excavation and the findings is set to be provided by the SHA at a later date.

What each province, territory is doing on National Day for Truth and Reconciliation

Friday is the second annual National Day for Truth and Reconciliation, also known as Orange Shirt Day. The federal government made Sept. 30 a statutory holiday for its workers and federally regulated workplaces last year.

On this National Day of Truth and Reconciliation, a recent investigation into the death of a 32-year-old Indigenous man is a stark reminder of the ongoing struggle for justice that continues to elude the Ojibways of Onigaming First Nations.

The national chief of the Assembly of First Nations says today's National Day of Truth and Reconciliation is about the survivors of Canada's residential schools and the children who died in them and never made it home.

Indigenous leaders in Quebec are lamenting the fact that priorities for their communities have been largely ignored during the provincial election campaign.

A revived Hurricane Ian set its sights on South Carolina's coast Friday and the historic city of Charleston, with forecasters predicting a storm surge and floods after the megastorm caused catastrophic damage in Florida and left people trapped in their homes.

Russian President Vladimir Putin signed treaties Friday to annex occupied areas of Ukraine and said he would use 'all available means' to protect the territory that Ukrainian and Western officials said Russia was claiming illegitimately and in violation of international law.

'Justinflation' can't be said in the House of Commons, but MPs are trying anyway

The Conservatives' cheeky term for inflation under the Liberals has got some MPs into trouble in the House of Commons, where saying 'Justinflation' has been deemed verboten.

W5 | Invasive pigs, liberal tears and the appreciation of nature

Saturday at 7 p.m.: CTV W5 investigates the war with wild pigs, a destructive invasive species that has spread throughout the world and now threatens to move into some Canadian cities.