What a year it has been in the weather! Okay, okay, there is always something happening weather-wise in Saskatchewan. But there were a few events this year that really stood out and if we look back there were records broken and storms galore.

We had a lot of stretches of really warm weather, especially over the last few months and we were on a weather rollercoaster through the rest of the year.

But let’s take a look back at the five biggest weather stories of the year.

First, let’s talk about that blizzard that kicked off 2021! It was a pretty big storm, and a record-breaker according to Environment Canada. Bratts Lake saw the highest wind gusts during the storm when they peaked at 143 kilometres per hour.

This was a new record wind gust for January for the entire province! Now, still substantial, but not an all-time record, Regina recorded a peak wind gust of 126 km/h – which was the record for all of January for Regina.

Many weather station sensors went offline during the storm and that left many without accurate weather readings. Additionally, of course, there was snow as well as blizzard conditions which left many areas without power and roads and highways closed.

What a way to kick off the year! 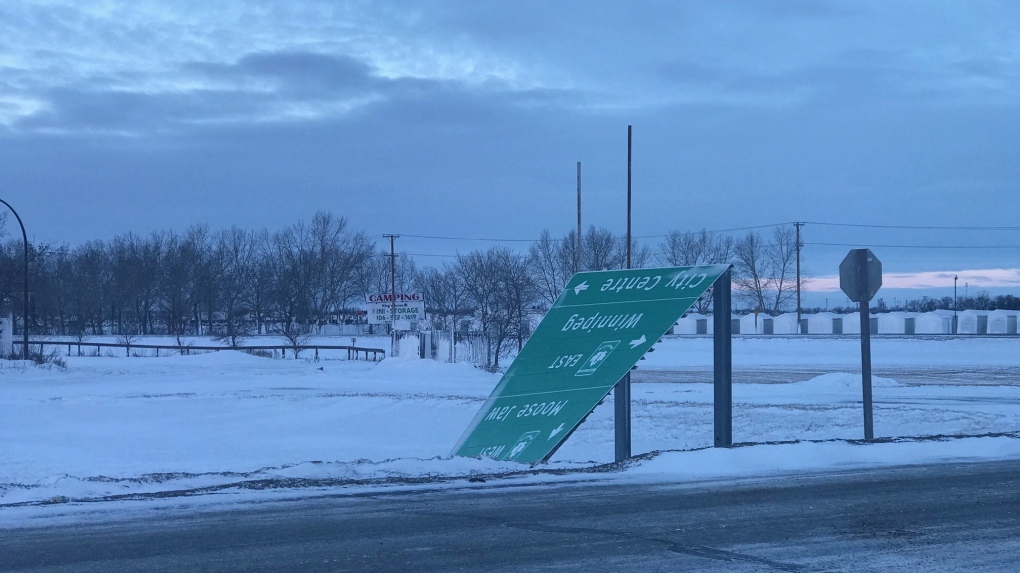 A highway direction sign off Highway 1 outside of Regina was tipped over during a blizzard on Jan. 14, 2021. (Stefanie Davis/CTV News)

The coldest stretch was actually in the middle. On February 8, Regina ran through the longest consecutive hours of -40 degrees Celsius wind chills on record, with over 106 hours straight. It was frigidly cold out.

Another fun fact of this cold snap – on February 11, Regina recorded a high of -30 degrees Celsius – yes a high! And this was the first time since 2004 where a high was below -30.

And again, though it took 10 days, we finally emerged when we got to -19. Which was so much warmer.

HOW ABOUT THOSE FLOODED UNDERPASSES?

Now, can we really go through a year without someone getting stuck on the flooded Albert Street underpass?

Well of course not! June brought one of the most memorable weather stories of the year and a stark contrast to the dry conditions of the rest of the year. Regina recorded between 40 and 60 mm of rain which flooded much of the city and left us absolutely drenched.

Woah it was wet out there! Here is a look at some updated totals from the storm from latest data from ECCC and CoCoRaHS. And you can see it also includes some of the hail sizes observed! Yep, 3.5 cm hail is ping pong ball sized. #SKStorm @CTVRegina pic.twitter.com/5vtIJWjlSy

The heat dome was by far the biggest weather story of the year! I think most people across the country would agree. The heat dome started on the west coast and moved eastward (while it diminished in strength).

This heat dome impacted Saskatchewan bringing a heatwave from June 28 through July 3. During our heatwave, 94 daily maximum temperature records were broken, and five communities in the province broke their all-time record. Saskatoon and Lucky Lake also soared to 40 degrees Celsius.

But the biggest story for us what that during the extreme and dangerous heat event in British Columbia, the towns of Midale and Yellow Grass lost the title of the hottest place in Canada. Lytton, BC, which would later be impacted by fires and more hazardous conditions set a new record of 49.6 degrees Celsius. Yes, once again, we almost reached 50 degrees in Canada. 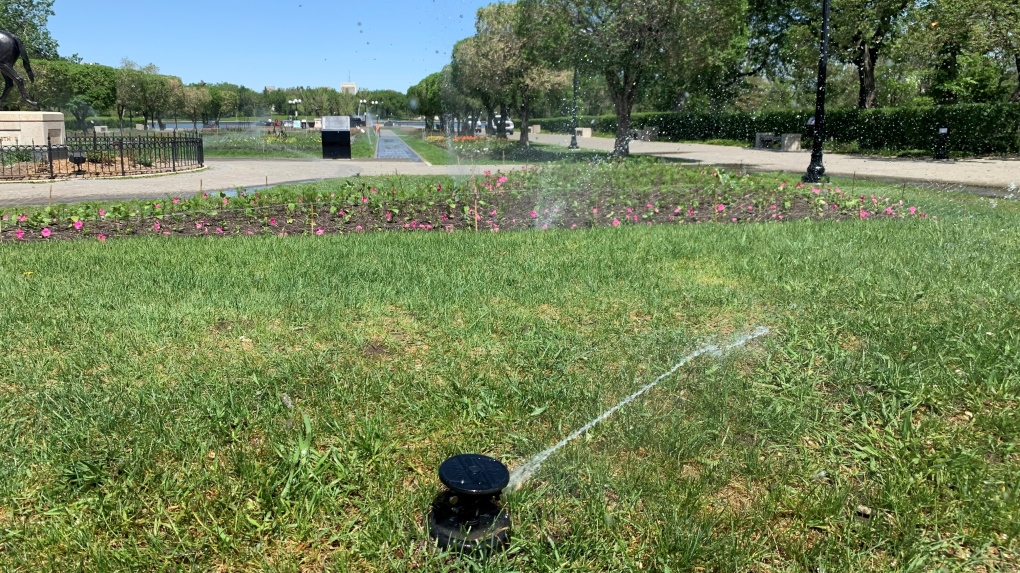 Sprinklers on the Saskatchewan Legislative building grounds keeping the grass watered on a 30+ degree day in June 2021. (Colton Wiens/CTV News)

According to Environment and Climate Change Canada, historians are comparing this last year’s drought to the 1930s. It was drier than dry, and producers and farmers definitely noticed. We were below seasonal for the majority of the year precipitation-wise and for many months of the growing season many people were hoping for rain.

From June to August it was too dry for growing and when we did get some rain at the end of August, it was too little too late for many scorched crops.

Ontario doctor alleged to have killed 4 people around same date in 2021: documents

Members of a Freedom Convoy-affiliated group remain at an Ottawa church one day after the owner of the historic property moved to evict them over unpaid rent.

Retailers sitting on 'mountains' of excess inventory in need of liquidation: expert

Consumer behaviour, a looming recession and the reactions of retailers to pandemic-driven supply chain issues are combining to drive a liquidation renaissance, according to one business advisor and retail futurist who spoke with CTVNews.ca.

Prime Minister Justin Trudeau nominated Ontario judge Michelle O'Bonsawin to the Supreme Court of Canada on Friday. She is the first Indigenous person chosen to sit on Canada's top court and the appointment is being celebrated as filling an important role at the highest level of the country's justice system.

Two pilots are believed to have fallen asleep and missed their landing during a flight from Sudan to Ethiopia on Monday, according to a report by commercial aviation news site Aviation Herald.

A Calgary man who bilked his clients out of millions of dollars in a Ponzi scheme has been sentenced to 10 years in prison for what the judge called a deliberate and large-scale fraud.

A child has died of brain-eating amoeba after swimming in a U.S. river

Federal health officials confirmed Friday that a Nebraska child died from a rare infection caused by a brain-eating amoeba after swimming in a river near Omaha.

Transport Minister Omar Alghabra told the House of Commons transport committee the COVID-19 pandemic and resulting labour shortages are to blame for the significant wait times at Canadian airports, and said the ArriveCAN app is here to stay.

Canadians across the country have a shot at seeing the northern lights this weekend thanks to a series of solar flares and storms over the past few days, according to the National Oceanic and Atmospheric Administration.