For the first time since changing its name, Canada’s Farm Show is being held in person.

The multiday event kicked off day one honouring National Indigenous Peoples Day, as well as innovation in the agriculture industry.

Chief Cadmus Delorme, of Cowessess First Nation, opened up the day by speaking on the importance of the relationship between agriculture and Indigenous people.

“I talked about truth, but I also talked about hope,” he said during his remarks. “I talked about where we all must put our shield down and the more we see truth, the more Indigenous people will be a part of agriculture growth.” 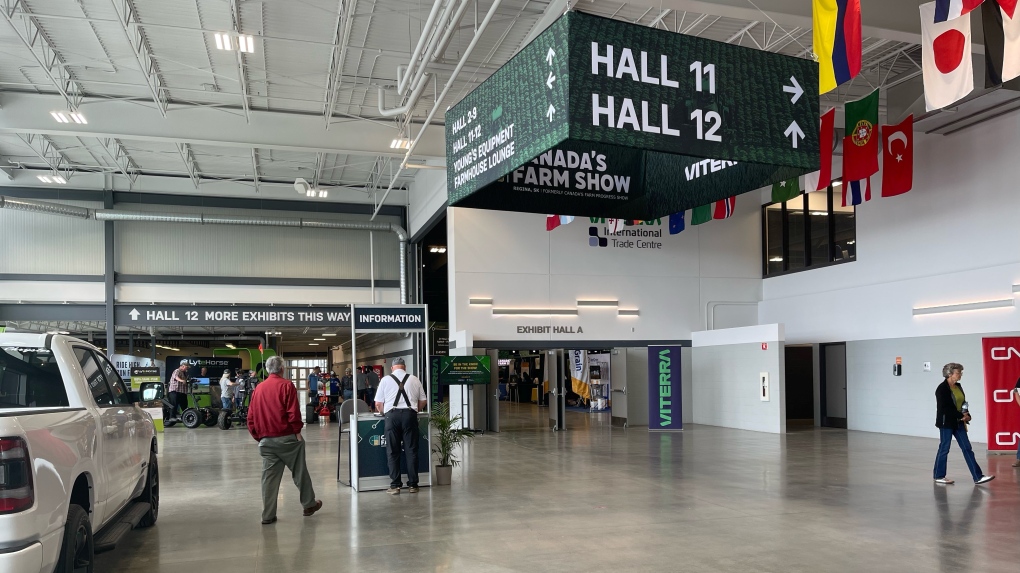 2022 marks the first in-person running of the popular agricultural and trade show before its name change. (Brianne Foley/CTV News)

An exhibition of this size in the agriculture industry is rarely held indoors, but the Regina Exhibition Association (REAL) is doing just that, welcoming people back in person for the first time since 2019.

"The reality of (it) is we’ve waited two years to be back to this place some didn’t know that we’d actually get back here,” said Tim Reid, president and CEO of REAL. “And the fact that we’re indoors, completely for the first time, the fact that we’re back to being in person.”

With the current state of the economy, Reid said that the event has lost some vendors that normally would be participating. However, they’ve also gained some as well.

“We did see some loss of exhibitors,” he explained. “So we had 42 exhibitors that didn’t return, most of that was just the economics of their businesses… but we picked up 100 new visitors.”

Reid says 400 exhibitors are in attendance this year, from over 50 countries. He adds that while the pandemic has taught the agriculture industry the importance of adapting, business transactions in this community continue to be best served in person. 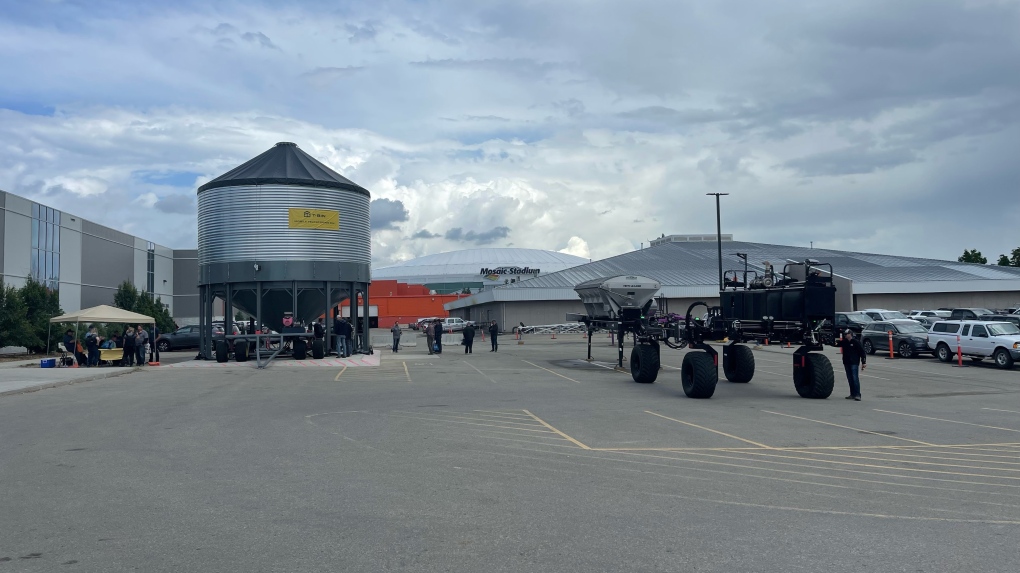 Equipment of all applications were present for the annual Farm Show. (Brianne Foley/CTV News)

In addition to speakers and panels, there are set to be product launches every day.

Many farmers in the province have ample amounts of flax straw waste and unutilized residue. Prairie Clean Energy plans to use those wastes to create biomass fuel pellets.

“It’s clean (and) it’s carbon neutral,” said CEO Mark Cooper. “We know that we are in a world that is decarbonizing, that is looking for strong renewable energy sources that are not just carbon neutral, but are also able to provide base load power.”

Doors open at 9 a.m. for day two on Wednesday, where the main focus will be education.