'Eager to take action': How a Regina middle school class is supporting a vandalized donut shop

A group of Grade 6 students from Mother Teresa Middle School knew they had to do something after a local donut shop fell victim to vandalism for a fifth time.

Country Corner Donuts has been a target for vandalism, including smashed windows and anti-Asian hate graffiti, five times since last August.

The students were learning about privilege and racism in class when the fifth incident happened, so their teacher started a dialogue.

“I had learned about the incident of racism again at Country Corner so I brought in the article, as well as some donuts, and we shared in a conversation. The kids were really eager to take action,” Harmony McMillan, the Grade 6 teacher at Mother Teresa Middle School, said.

All 21 students in the class wrote letters of support to Vuong Pham, the owner of Country Corner Donuts. They also created 12 donut drawings with positive messages.

“They were super excited to spread some positive messages, and replace some of the vandalism with love,” McMillan said.

“Donut give up,” “sprinkle joy” and “be kind” are some of the phrases written on the donuts. 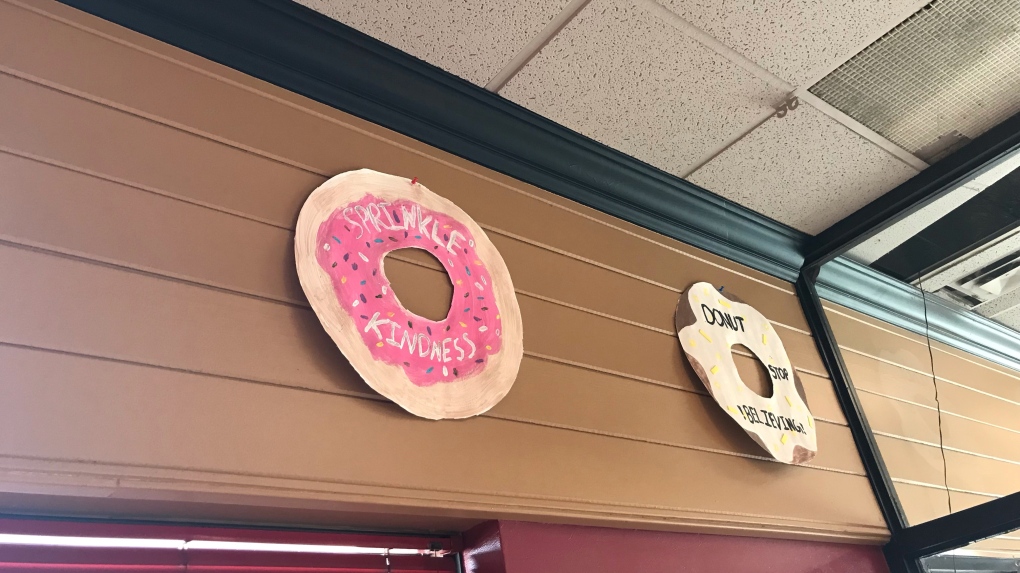 Trevon Ironchild, a student, said he felt confused and sad when he first learned about the vandalism.

“I just felt like really bad,” Ironchild said. “What I included [in my letter] was a part where I said I was his number one fan, because I really was, I really love his donuts.”

Anthon Panalitan, another student, said he wrote words of encouragement to Pham.

“I told him to keep going and to push through,” he said.

The students and teaching staff delivered their artwork and letters to Pham at Country Corner Donuts.

“It was very surprising to me when the came up all in uniform, very happy,” Pham said. “They made me feel very good and very warm.” 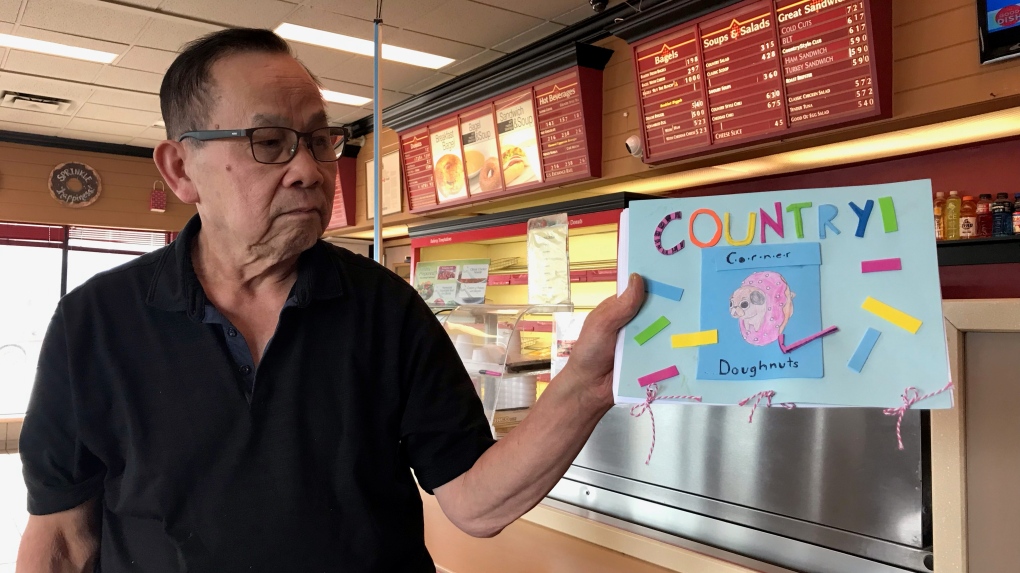 The students said seeing how happy their delivery made Pham is something they won’t forget.

Pham has the donuts hung around his shop and said they’ll stay there throughout the summer.

“[They] let me feel good, let my people and my customers feel very good too, because it’s so nice,” Pham said. “They’re such nice people to do that.”

Calgary police said in a statement issued Monday they have identified a suspect wanted in an incident that resulted in the death of a Calgary mother of five.