REGINA -- Regina police are armed with a new roadside tool to help detect THC use in drivers.

Regina Police Service officers have tested and charged two drivers with help from the SoToxa Mobile Test System, a roadside test that analyses the amount of THC (tetrahydrocannabinol) in a driver’s saliva. THC is the main psychoactive component of cannabis.

A total of four drivers have been charged following roadside THC tests by RPS. Prior to the SoToxa, police tested and charged two drivers following a test with the Draeger.

Cpl. Andree Seiber was trained to use the new device on Feb. 10. along with three others. Three days later, she tested an impaired driver that resulted in charges.

@reginapolice has had our first roadside THC test, using the Sotoxa. It carries the same penalty as driving under the influence of alcohol. Drivers license suspension and vehicle seized in this case pic.twitter.com/JAHfVHWTcS 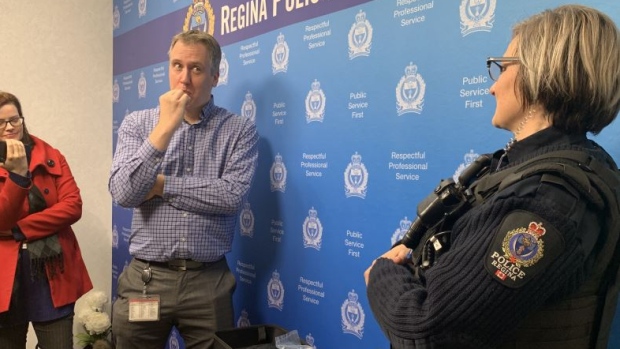 RPS Media Development Officer Les Parker volunteered to demonstrate the SoToxa for media on Thursday. His test came back negative. 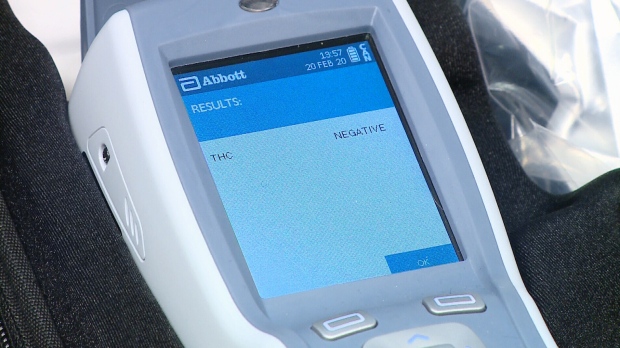 Unlike the Draeger, the SoToxa allows for drivers to be tested at the roadside. Prior to obtaining the new device, officers had to transport drivers to the police station to be tested for THC.

Once an officer suspects impairment, a driver is escorted into the back of the police car to take the SoToxa test. The driver is put in the police car because the device is sensitive to extreme cold, so keeping it in the running vehicle is ideal.

The subject is provided a swab and asked to collect their oral fluid with the swab. Once enough oral fluid is collected the swab turns blue. 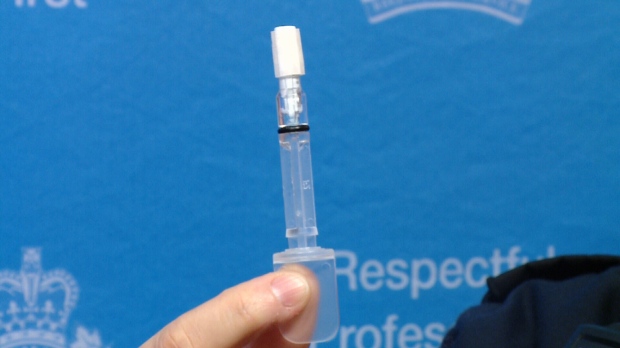 The machine does not test for a level of impairment, but for the prevalence of THC in one’s oral fluid.

The oral fluid swab is inserted into the SoToxa, which takes nine minutes to process the results. The device offers a “positive” reading for saliva that shows 25 nanograms or more THC. Anything below 25 nanograms will result in a “negative” reading, despite the legal limit being five nanograms.

The SoToxa, like the Breathalyzer, are used by police in the suspicion stage. A positive test results gives officers the grounds to demand a blood or urine sample which would result in charges.

The Regina Police Service is looking into providing more frontline members with the SoToxa.

An RPS officer tested a driver with the SoToxa on Thursday morning. The test was positive, and the driver was taken in for additional testing.