'I felt like the organization moved on from me': Fajardo bids potential farewell to Ridernation

'I felt like the organization moved on from me': Fajardo bids potential farewell to Ridernation 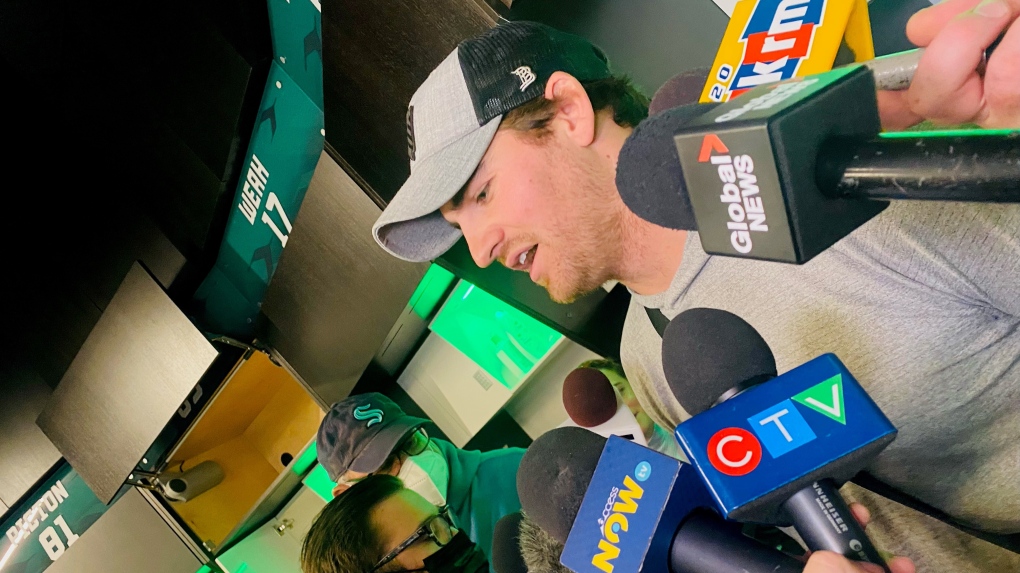 Cody Fajardo speaking to reporters during the cleanup of the Riders locker room on Oct. 30. (Brit Dort/CTV News)

Saskatchewan Roughriders quarterback, Cody Fajardo, addressed the media on Sunday as the team cleaned out their stalls to finish off the 2022 season.

“It’s the worst day of football. When you don’t finish the season you want with a Grey Cup in hand,” Fajardo told CTV News.

“It’s pretty depressing seeing guys clean out their lockers and knowing it’s probably the last time this group is going to be together.”

Fajardo’s future with the Saskatchewan Roughriders has been a question mark lately after the team failed to clinch a playoff spot and backup quarterback, Mason Fine, was named the starter in the final two games of the season.

Even though the team was out of a playoff spot, Fajardo reiterated he wanted to be a part of the games until the last minute of the season and was frustrated by the choice of quarterback at the end.

“I disagree with that. I think as leaders of the organization the idea of going down with the ship is noble and honourable but it’s our job to not go down," Dickenson explained.

"So we’re doing everything we can to try and keep the ship afloat and if it means making a change, we’re going to make a change."

For many in the locker room at Mosaic Stadium, it was an emotional and somber day. Many expressed that they are unsure if they will return to the team next season. Others wondered how different the team will look if they do return.

“When you have a season like this there’s going to be major changes," said receiver, Shaq Evans. "So it’s definitely different than the first three years I was here and you know we were close to winning a Grey Cup. It’s a different feeling (on this day) when you end the season on a seven game losing streak."

" You going to have high seasons and low seasons. You just have to re-group. Everybody knows this off-season it’s got to be your best work yet."

“You always want to use something in a negative form as positivity and just a fire under your belly and that’s just what you have to do," offensive lineman, Logan Ferland explained.

Ridernation will now be left to wait until free agency to see what the Riders’ next moves are and where Fajardo ends up.

The 30-year-old quarterback did allude to the fact he could still return to the green and white.

“I’m not going to rule this place out because I would love to come back and play here. I’ve received over 1,000 e-mails, messages, text from fans reaching out and wanting me back,” he explained.

“It’s not my decision what’s on the table but I told you back in 2019, I would love to play here my entire career.”