'If you have an idea, you can bring it to life': first-time filmmaker steals show at Golden Sheaf Awards 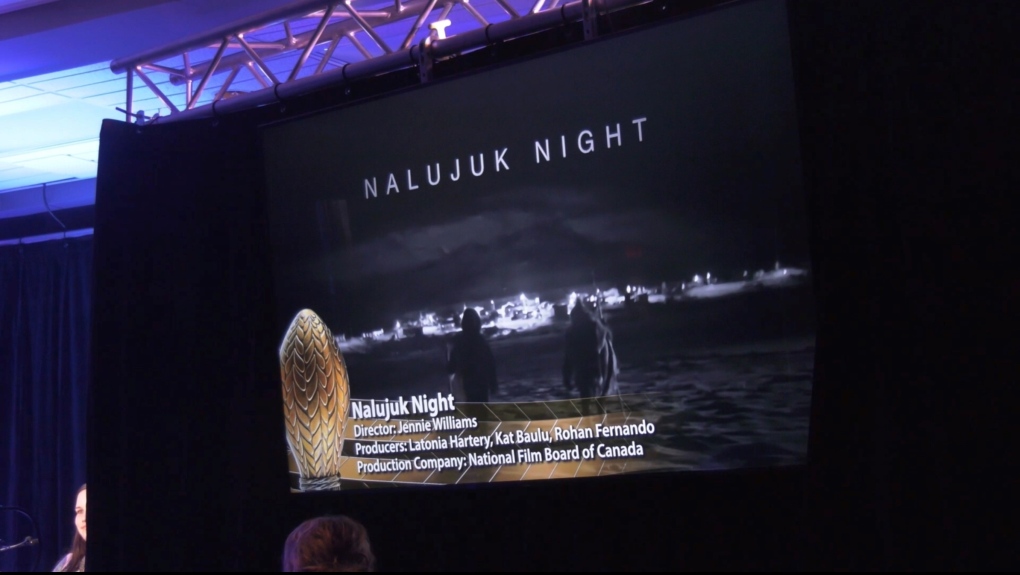 The 75th Annual Yorkton Film Festival has come and gone — but not before a night honouring the best in Canada’s short films.

The Golden Sheaf Awards were handed out Saturday for the first time, in-person, since 2019. The event was held at Yorkton’s Gallagher Centre, capping off the three-day festival.

Among the 27 awards dished out to filmmakers in the industry, one filmmaker in particular stole the show. A first time filmmaker in Happy Valley Goose Bay, Labrador’s Jennie Williams took home a trio of Golden Sheafs for her work on “Nalujuk Night.”

The film took four years to make, but was shot in just two days. It was shot during a northern Inuit community’s annual tradition of the Nalujuk Night, all in black and white. Williams said the film was shot in frigid conditions, a -40 C January night, outlining the tradition in Nanatsiavut, Labrador.

As a self-taught photographer and filmmaker, Williams had some advice for others just like her, interested in creating a film.

“I did it because I had an idea and it was something I was passionate about. So if you have an idea, you can bring it to life. You can do it on your own. You don't need a whole bunch of other people,” she said. “You don't need someone to do it for you. I did everything myself. I didn't really know what I was doing at first, but I just did it — and obviously it worked.”

It was Williams’ first time to Saskatchewan, and surprisingly, her first time enjoying lobster during Saturday’s Lobsterfest. She was blown away by Yorkton’s hospitality.

“I had many Saskatchewan experiences and I love them all. The people are just extremely friendly and all the people that were at the Lobsterfest that we were with — so nice, so friendly, everybody I've met and everyone at this film festival is so outgoing, and nice, and welcoming. It's just a wonderful place,” she said.

Williams took home the Kathleen Shannon Award, awarded to a filmmaker whose production reflects voices, rarely heard, along with the best documentary in arts and culture.

Williams then was given the “Best of the Festival” award, the big one of the Golden Sheafs, to cap off the night.

'That's what to do with the rest of my life': Hometown win comes full circle for Charlie Lubinieki

Williams wasn’t the only big winner of the night.

A hometown win at the Golden Sheafs Saturday, as well. Yorkton’s Charlie Lubiniecki grew up attending the festival, and ended up winning his first Golden Sheaf of his career Saturday for his work in creating and producing “Dating Unlocked.” 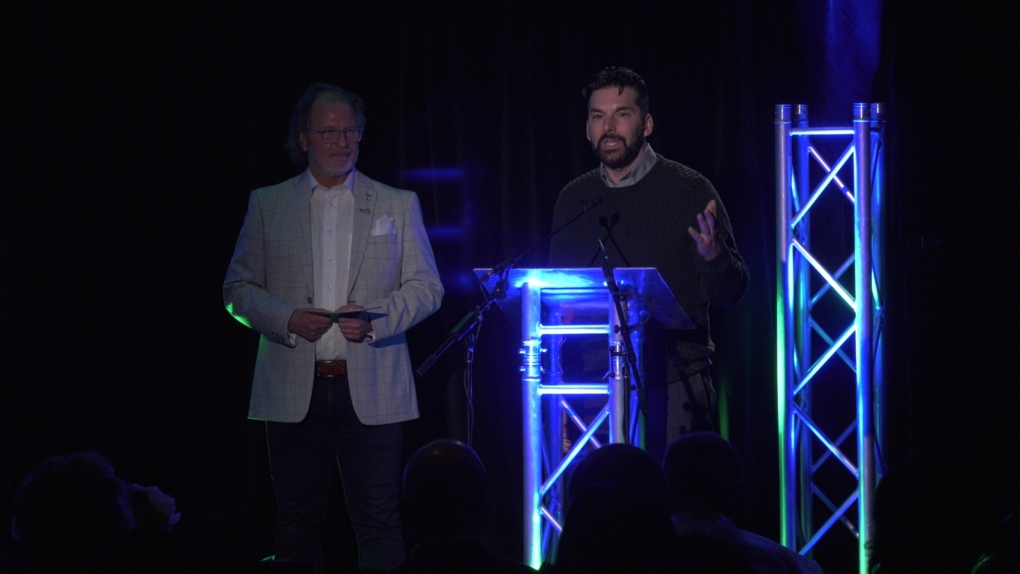 Yorkton's Charlie Lubiniecki receives his first Golden Sheaf Award, with Yorkton Mayor Mitch Hippsley, who gave the filmmaker an internship during his time in Yorkton. (BradyLang/CTVNews)

It is a LGBTQ reality dating show, which won the Golden Sheaf for best in Lifestyle and Reality.

“I grew up going to the Yorkton Film Festival as a kid and you know, watching those movies at the Tower Theater in Yorkton. (I remember) looking up at the screen, you know, from an NFB films and others, and that was when I had that moment of knowing, ‘OK, that’s what to do with the rest of my life,’ so, tonight’s extra special for that too,” said Lubiniecki, whose mother also attended the event to watch him win the award.

The person giving Lubiniecki the award was Yorkton Mayor Mitch Hippsley. During the acceptance speech, Lubiniecki thanked the Mayor for giving him an internship back when he was still living in Yorkton.

Hippsley had kind words for the hometown filmmaker.

“Charles is an incredibly talented man, but to be recognized in his hometown, and knowing that he's from here. He apprenticed with us. I was just like, really, this is incredible. This is almost unbelievable. But he deserves it,” he said.