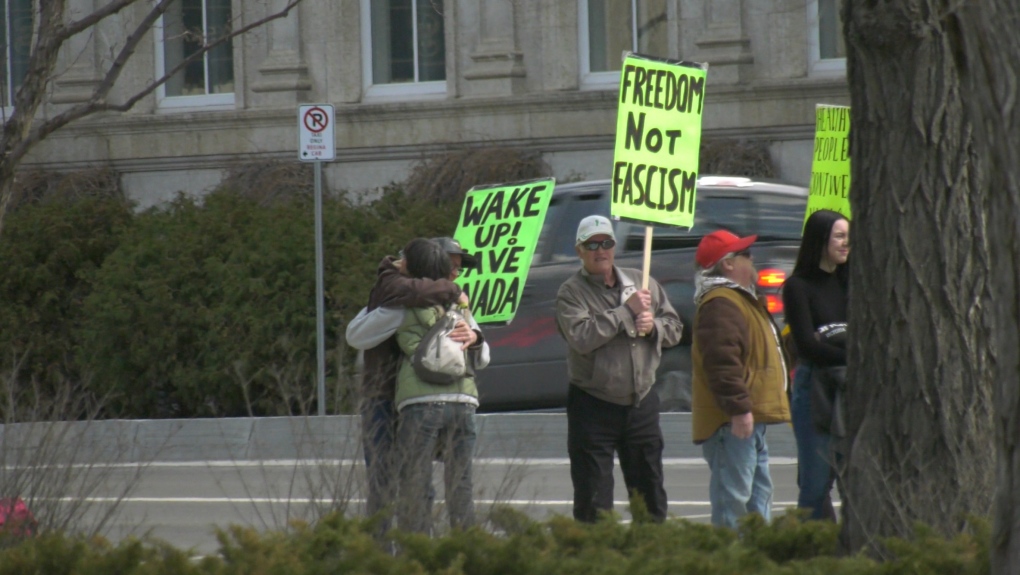 Protestors are shown hugging at a mass gathering in Regina on April 24. Police have issued 4 tickets and say more could be pending. (CTV News Regina)

REGINA -- The Regina Police Service (RPS) has issued more tickets to people who attended a so-called freedom rally in the city on April 24.

Police issued eight more tickets for violating the public health order, in addition to the four previously given, which brings the total to 11 fines.

According to Regina police, the investigation is continuing and police have been gathering evidence to identify unmasked protestors in a shopping mall. Police said they anticipate more tickets will be issued as a result.

RPS said it is aware of another gathering to protest the province’s public health orders planned for this weekend and said police have an operational plan in place. It also reminded the public there is “no benefit in escalating tensions at these events.”