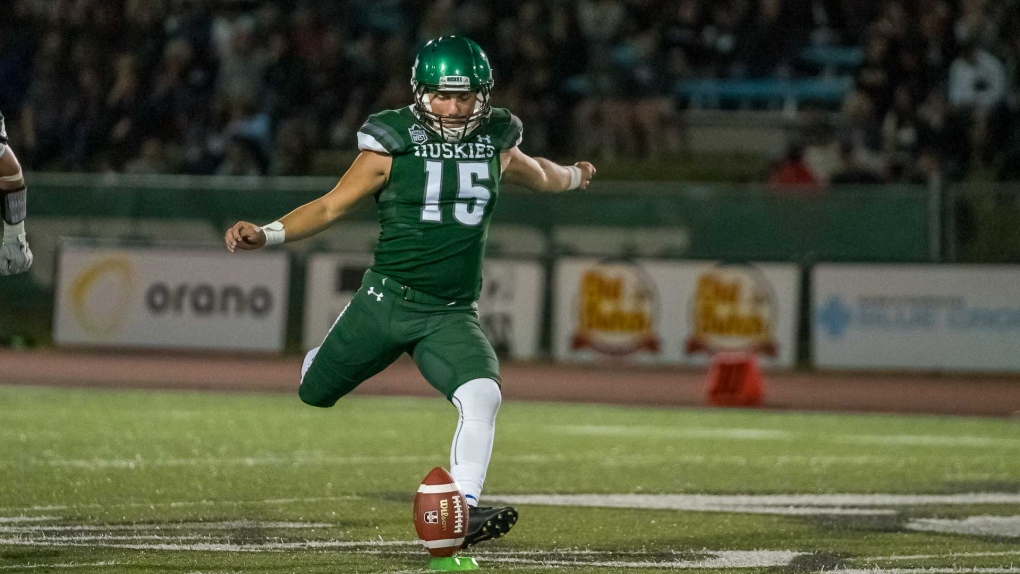 The Saskatchewan Roughriders announced two Canadian signings on Tuesday, including kicker David Solie from the University of Saskatchewan.

Hailing from Saskatoon, Solie spent four seasons with the U of S Huskies and was a part of their 2022 team that reached the Vanier Cup, falling short against Laval.

Solie made 61 total field goals over his career with the Huskies, and had an 83 per cent completion percentage this past season. He also handled some punting and kickoff duties.

The Riders also signed Canadian offensive lineman Zack Fry. Fry was selected by the Riders in the second round of the 2022 CFL draft. He attended training camp with the team this past season, before returning to Western University.

Newly discovered asteroid makes one of the closest approaches of Earth

An asteroid the size of a box truck made one of the closest passes of planet Earth ever recorded.

The federal privacy watchdog says Home Depot shared details from electronic receipts with Meta, which operates the Facebook social media platform, without the knowledge or consent of customers.

Canadians worried about the state of provincial health systems: poll

A new survey suggests the vast majority of Canadians have concerns about the state of the health-care system, particularly in Atlantic provinces where hospitals have struggled to maintain emergency services for months. Leger and The Association for Canadian Studies surveyed 1,554 Canadian adults over a two-day period in January.

Retain nurses before recruiting nurses from other provinces: association

Efforts to lure nurses from other provinces are underway in several parts of the country, but the head of a national nurses association says the poaching won't solve anything unless working conditions are improved.

Auschwitz-Birkenau survivors and other mourners commemorated the 78th anniversary Friday of the liberation of the Nazi German death camp, some expressing horror that war has again shattered peace in Europe and the lesson of Never Again is being forgotten.

Canada sends four combat-ready battle tanks to Ukraine, a Russian warship armed with advanced missiles sails into western Atlantic, and Canadians fighting in Ukraine speak out. Here's what you need to know to start your day.