Roughriders players could strike on May 15 without new CBA: TSN 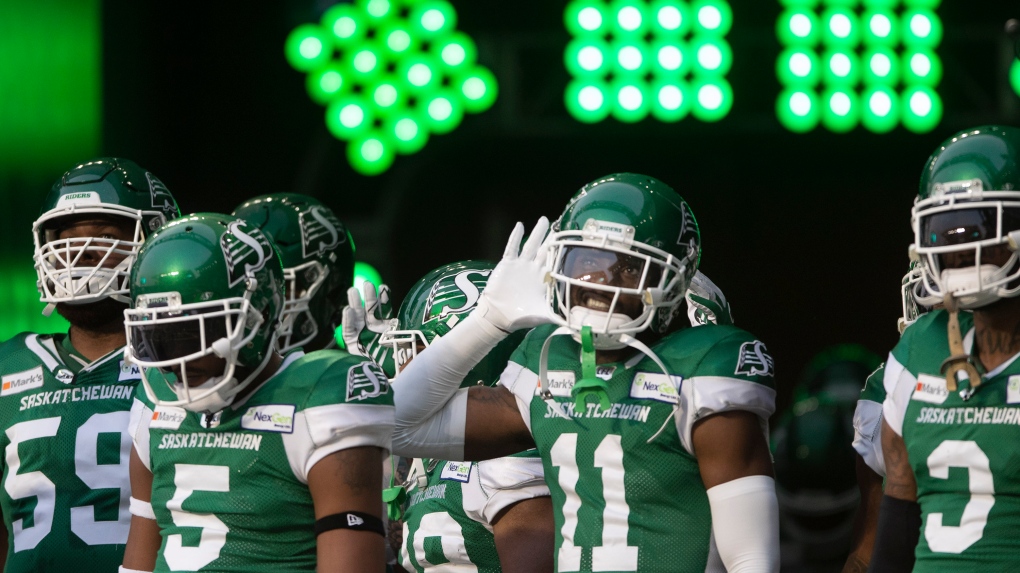 Saskatchewan Roughriders get ready to walk onto the field during the first half of CFL football action in Regina against the Hamilton Tiger-Cats on Saturday, August 14, 2021. THE CANADIAN PRESS/Kayle Neis

The Saskatchewan Roughriders are among six Canadian Football League (CFL) teams whose players could be in a legal strike position by May 15 if a new collective bargaining agreement is not signed, according to TSN insider Dave Naylor.

Three other teams, in Alberta and Quebec, could strike days later due to provincial labour laws, Naylor said in a tweet Monday.

Understanding is that 6 of 9 @CFL teams could be in a legal strike position by Sunday, May 15th. Three others — because of labour laws in Alberta and Quebec — would be days later. #CFL #CFLPA

The league and the CFL Players’ Association have been negotiating a new collective bargaining agreement, with the current deal set to expire on May 14.

Riders training camp is scheduled to begin on May 15 in Saskatoon.

“We continue to work towards a new collective bargaining agreement, and a strong and positive partnership, with our players,” the CFL said in a statement to CTV News.

“We have no further comment at this time other than to say that we look forward continuing our discussions with the CFLPA this week.”

The players’ association instructed veteran quarterbacks not to attend voluntary sessions held this week, it said in a statement Sunday.