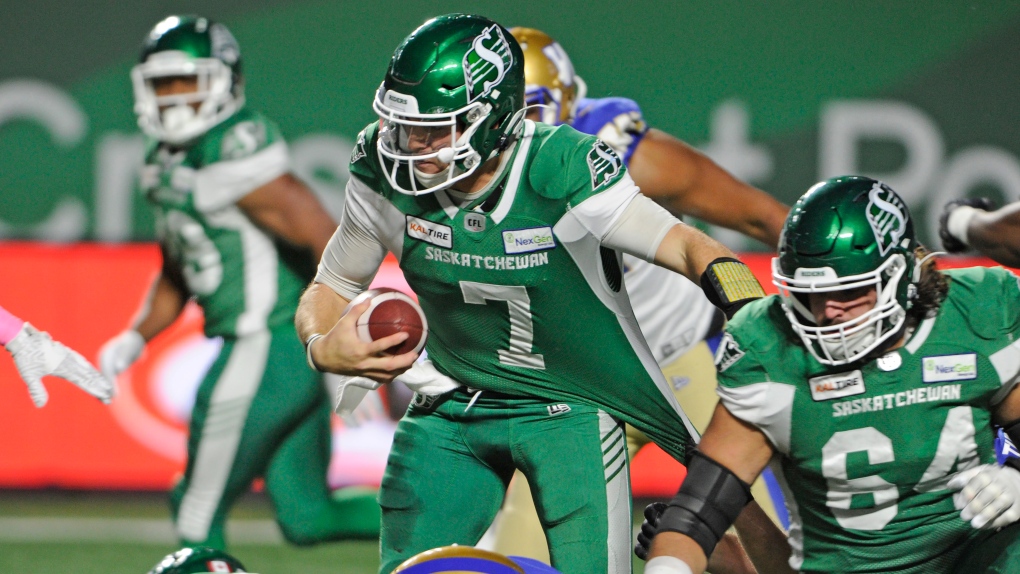 REGINA -- When the CFL allow teams to resume practice, the Saskatchewan Government will not be an obstacle for the Riders getting back on the field.

The Saskatchewan Roughriders could get permission from the province to start practicing and using team facilities again, Saskatchewan Premier Scott Moe said in a press conference Thursday.

“If they were to start practicing, or start requesting to practice, they would be able to do that as that is their workplace,” Moe said. “We have many workplaces in this province that are operating with people in addition to the 10.”

On Thursday, the Manitoba Government announced changes to phase two of its reopening plan that would allow professional sports teams to resume some training activities.

However, provincial health regulations are not the only thing standing in the way of the Riders getting back on the Mosaic Stadium turf.

The CFL would also likely have to make the decision to reconvene league wide, allowing all teams to begin practice again. Currently the CFL is allowing one player and one therapist in a team’s facility at a time, to allow players to rehab injuries.

Not all facilities are open at this time and the league is taking the various health and safety restrictions across the country into account.

The league and CFL clubs will discuss the next steps at an upcoming meeting. It is expected that the league will not let any teams begin practicing, until all facilities are allowed to open in their respective provinces.

CFL commissioner Randy Ambrosie postponed the start of training camps indefinitely at the end of March.

Moe said the government has been in contact with the Roughriders discussing the CFL season and potential plans for preliminary practices.

The Riders, just like any other workplace, would need to continue to follow all health and safety guidelines.

“The expectation would be that the Roughriders organization, or the Blue Bombers Organization in this case, would take every precaution to keep not only the players safe, but those in around the team,” said Moe.

“We would be more than willing to work together with the Roughriders organization on putting together a plan if the should so choose.”

CFL Training camps were originally scheduled to open on May 17.

Moe used questions about Manitoba’s reopening plan to continue taking shots at sports teams from other provinces, focusing in on the Riders’ Winnipeg rival.

“I would first and foremost say that the Blue Bombers need the practice quite frankly,” Moe laughed.