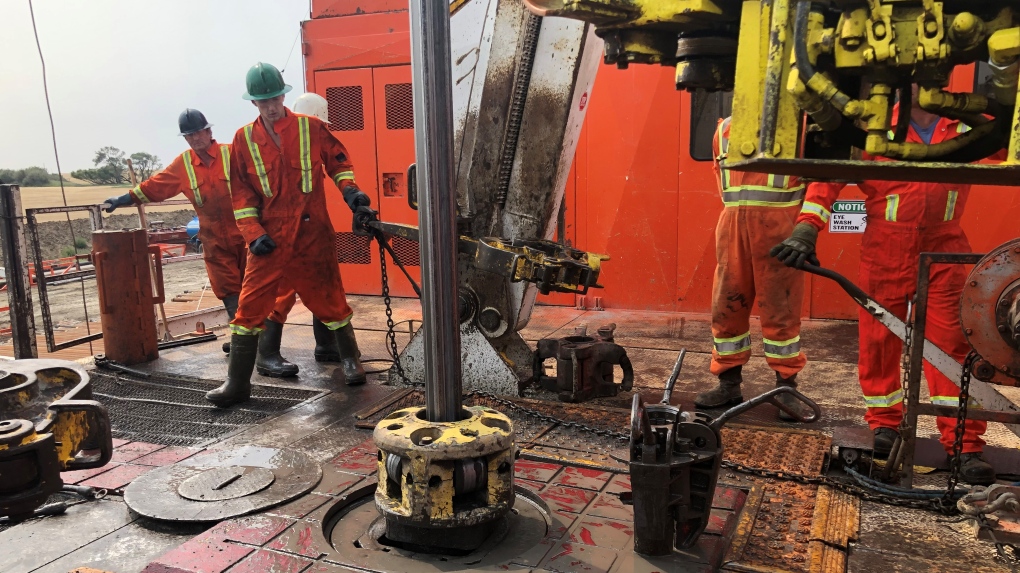 Helium exploration in southwest Saskatchewan has brought one company closer to getting well production up and running.

Royal Helium has been drilling at its Climax-4 site since Aug. 7, targeting new regality helium in the area.

“The level of resource here is unparalleled in our view to any other jurisdiction in North America,” Andrew Davidson, president and CEO of Royal Helium, said.

Davidson said the first three drill rigs were used for exploration, but Climax 4 is being used to find the best way to get wells into production.

The company is drilling for 14 days at a total of 2,700 metres before a service rig is brought in for about one month, to run some tests and production analyses.

“Once we are done with our work here we get to come back to this area and hit it hard and get this helium flowing,” Davidson added.

The provincial government said this type of work is great for the area and the province’s economy.

“It’s going to add a windfall to our economy as employment, revenues, you know taxation’s and stuff like that which builds roads and builds schools and builds hospitals,” Douglas Steele, MLA for Cypress Hills, said. “This is what we need.”

Davidson said helium is used in a variety of different industries including high-tech manufacturing, healthcare, rocketry and a few other growing sectors. He believes the budding industry will bring jobs back to the area, and employ skill sets that already exist in southern Saskatchewan.

“The largest use in North America is in MRI machines where it is used to cool the magnets and create the imagery that the doctors are looking for,” Davidson said. “More common place uses would be welding, deep sea diving, manufacturing of high-tech electronics like fibre optic cables, semi conductors, microchips. It’s used in every space launch, every space shuttle that goes up uses helium in the process.”

Each site costs Royal Helium about $1.5 million to build.

“Once we turn on the wells we expect to have that $1.5 million back in about six months and then the wells will last for about 12 years,” Davidson said.

The drill at Climax-4 will be removed within the next two weeks and moved to a site in southeastern Saskatchewan for exploration while analysis is being done at the site near Climax.

Davidson said the goal is to build a well in the near future.

The latest on the G7 summit: Leaders at the Group of Seven summit in Germany have joked about what would make them look tougher than Russian President Vladimir Putin.