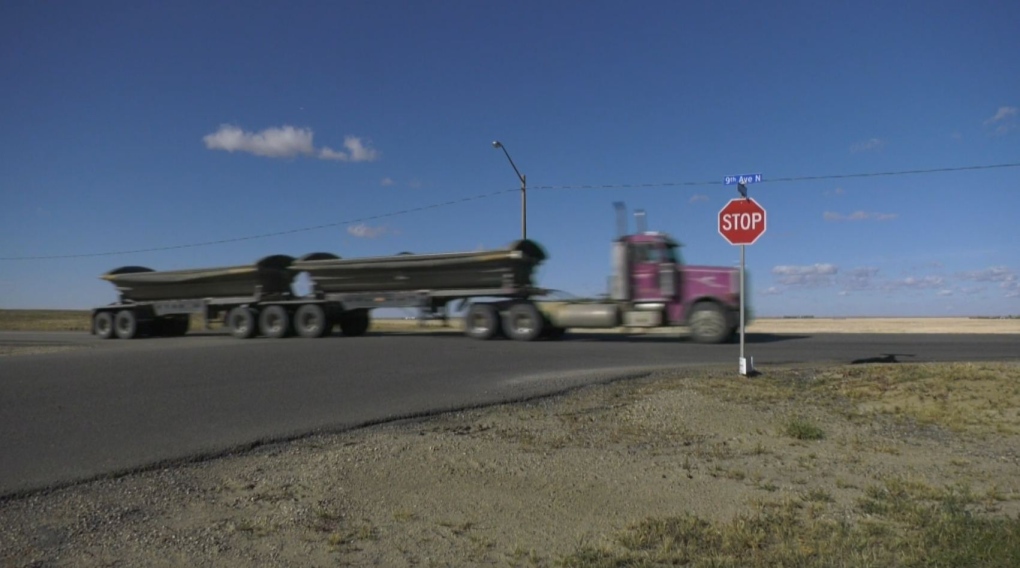 REGINA -- Several people in the Saskatchewan trucking industry are opposing a proposal to have 9 Avenue North eliminated as a commercial trucking route.

Allen Ackerman, the owner of container transport company Slinkemo Enterprises Ltd., is against the motion.

His business is located at the Global Transportation Hub. He said his trucks have used 9 Avenue North to access the city sever since Regina banned heavy trucks from using Dewdney Avenue.

“If you close 9 Avenue N off, they’re basically telling us that we have to go up to the number 11 (highway), or down to the Ring Road to get into the city. It’s just not really conducive for the efficient flow of service,” said Ackerman.

He said he spoke to the Sask. Trucking Association prior to putting forward the motion, so he was made aware of their concerns.

“Although the route I proposed does add 10 kilometres, it is in the best driving conditions that semis can operate under,” Mancinelli said. “Also, it’s an unencumbered route, so the concerns of the ‘stop and go,’ and the emissions rise, isn’t there.”

However, Ackerman said the motion, if implemented, would be detrimental to his company’s productivity.

He said he understands residents’ concerns, and suggests the city build a noise barrier or look at twinning 9 Avenue N to make it part of the Ring Road.

The Sask. Trucking Association plans to bring forward its members’ concerns to the next city council meeting on Oct. 28.