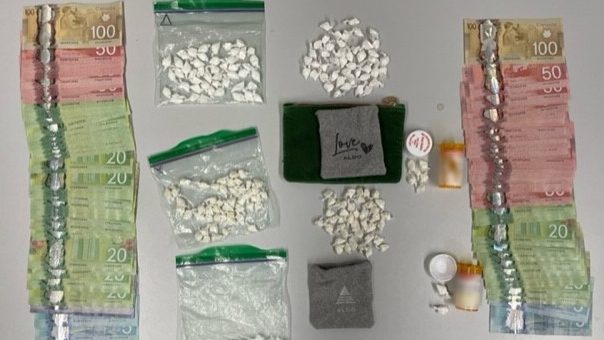 Three adults were charged after officers found cocaine and cash in their home on Wednesday. (Submitted / Yorkton RCMP)

Three adults were arrested and charged on Wednesday after officers seized drugs from their building in Yorkton as part of an ongoing investigation.

According to a release, Yorkton RCMP, Yorkton Municipal General Investigation Services (GIS) and Yorkton Provincial GIS found cash and almost 200 pieces of cocaine through a search warrant on the 200 block of Dracup Avenue in Yorkton.