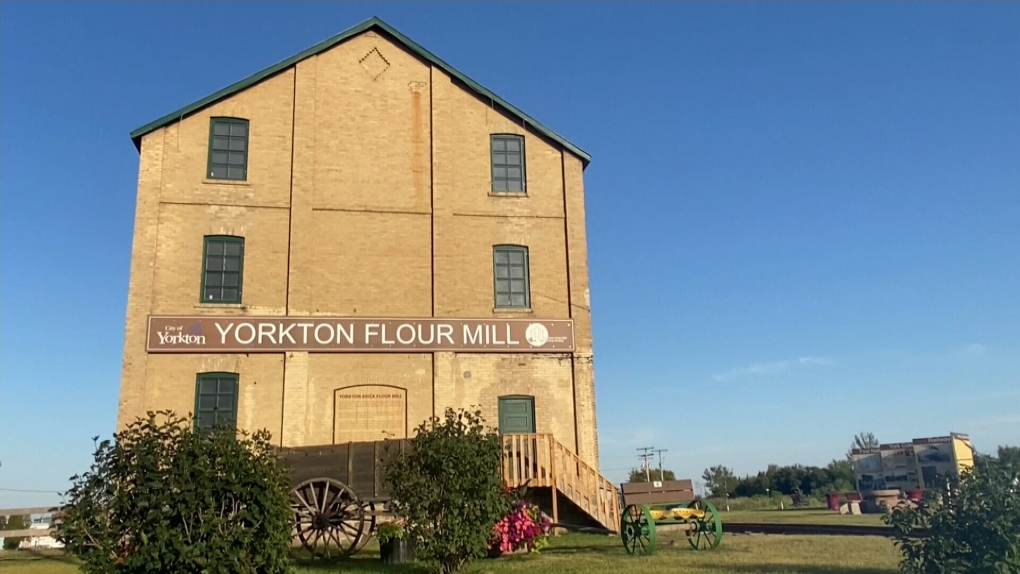 Yorkton Tribal Council (YTC) wants to ensure that the City of Yorkton continues to work together, promising $100,000 over five years to the Yorkton Brick Mill Heritage Society.

Speaking at its new offices on Myrtle Avenue Wednesday, Tribal Chief Isobel O’Soup unveiled the donation, which will help create a new space outside of the Mill.

The funding also includes naming rights for the space, according to the Heritage Society’s Capitol Commission Chair, Terry Tyson.

“(It) comes with naming rights for the gardens, or the outside grounds, which is really fitting,” he said.

Throughout the recent months, Members of YTC have been helping out volunteers clean up and beautify the space.

The goal, ultimately, is to create an addition on the outside of the Mill, with the Heritage Society looking for an interpretive centre, along with meeting and event spaces, community archives and offices in the near future.

The fundraising goal is set at $2.2 million, with Wednesday’s donation raising the society past the halfway point.

Tribal Chief O’Soup said it all began with just simply driving past, and seeing elderly volunteers cleaning up the space.

“In all honesty, we got started there because I didn’t like seeing elderly people there working when Yorkton is full of a whole bunch of young people,” she said with a laugh.

YTC has grown rapidly, with numerous partnerships spanning everything from youth hockey teams, to events and local organizations. It is now the second-largest employer in Yorkton, aside from the City of Yorkton itself.

The budget has increased to roughly $15 million to $16 million, and YTC employs over 70 people.

Tribal Chief O’Soup said it is important to get involved in the city.

“We want to create partnerships … too long, we’ve all segregated ourselves,” she said.

“I just think we’d be a better community if we all worked together for our community … we’re all better when we work together.”

She said the impacts are being felt by the entirety of the community, in many different ways.

“We do a lot … we’re all over within the city, and hopefully we can expand a little further,” O’Soup said.

Nine people were seriously injured after a Laval city bus crashed into a daycare Wednesday morning, according to first responders. The driver of the bus has been arrested, according to Quebec Public Security Minister Francois Bonnardel.