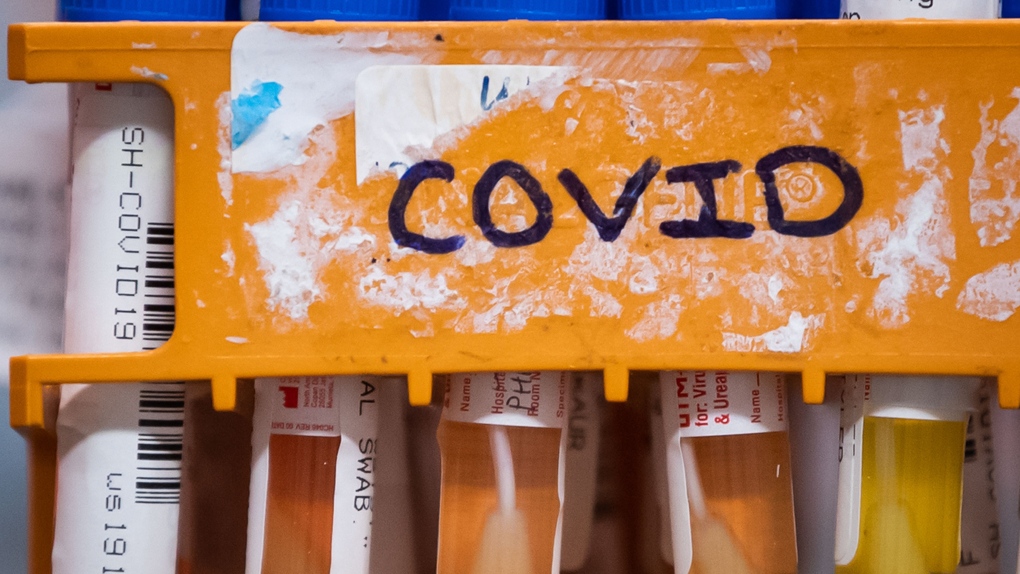 Specimens to be tested for COVID-19 are seen at LifeLabs after being logged upon receipt at the company's lab, in Surrey, B.C., on Thursday, March 26, 2020. THE CANADIAN PRESS/Darryl Dyck

This brings the provincial total of confirmed reported cases to 564, 209 of which are considered active.

Nine of Sunday’s new cases are located in the far north, three of these are in La Loche.

Two new cases are confirmed in the north region.

With nine new recoveries on Sunday, 349 people in Saskatchewan have fully recovered from COVID-19.

Eight people in Saskatchewan -- five in the north and three in Saskatoon -- are receiving hospital inpatient care. Four people are in the ICU in Saskatoon.

Seventy-nine cases are under investigation by public health officials, 61 cases have no known exposure, 286 cases are community contacts or mass gatherings and 138 cases are related to travel.

In Saskatchewan, 48 cases have been reported in health care workers.

Cases are reported equally in men and women in Saskatchewan.

To date, six deaths have been related to COVID-19 in the province.

Saskatchewan had tested 36,860 residents for the virus.