Tornado and severe thunderstorm warnings were issued by Environment Canada across parts of southern Saskatchewan on Sunday.

Reports of golf ball and tennis ball-sized hail were also seen during the afternoon and into the early evening hours in several areas along with powerful wind gusts that caused several reports of damage.

Meteorologist Terri Lang said they do not have any confirmed reports of any funnel clouds touching down, as of Monday morning, but said a tornado warning was issued for one storm.

"There were tornado warnings issued for sort of that southeast area around Kipling, Griffin, Corning and the the cell kept moving towards the Wapella area as well," Lang said.

Lang said by that time the tornado warning had ended, but for the first time ever in Saskatchewan they issued a broadcast interrupt for a severe thunderstorm that was not capable of producing a tornado.

"It was still considered quite dangerous because it had significant plow winds associated with it," Lang said.

The damage was quite visible in the eastern Saskatchewan communities of Moosomin and Wapella on Monday. 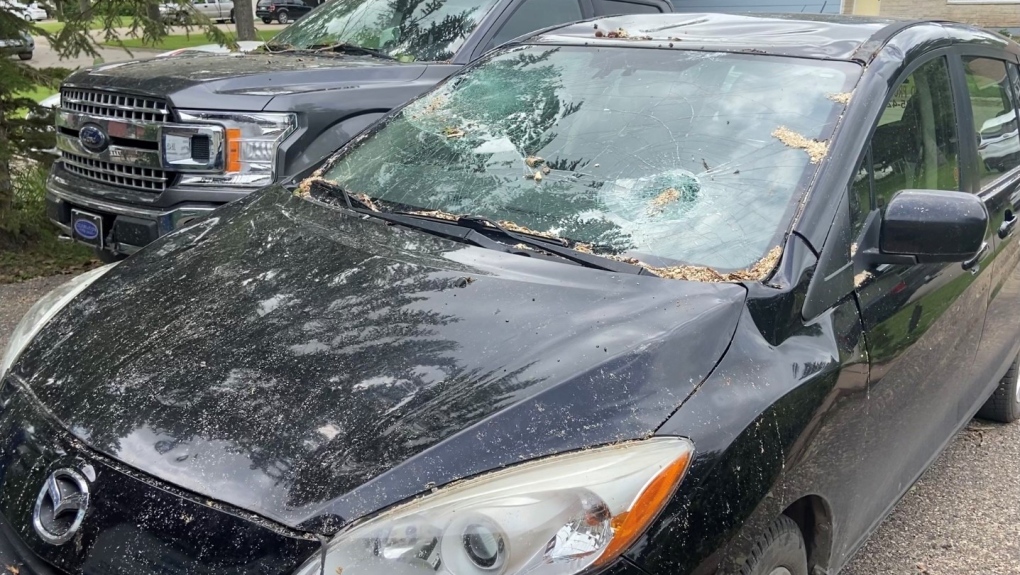 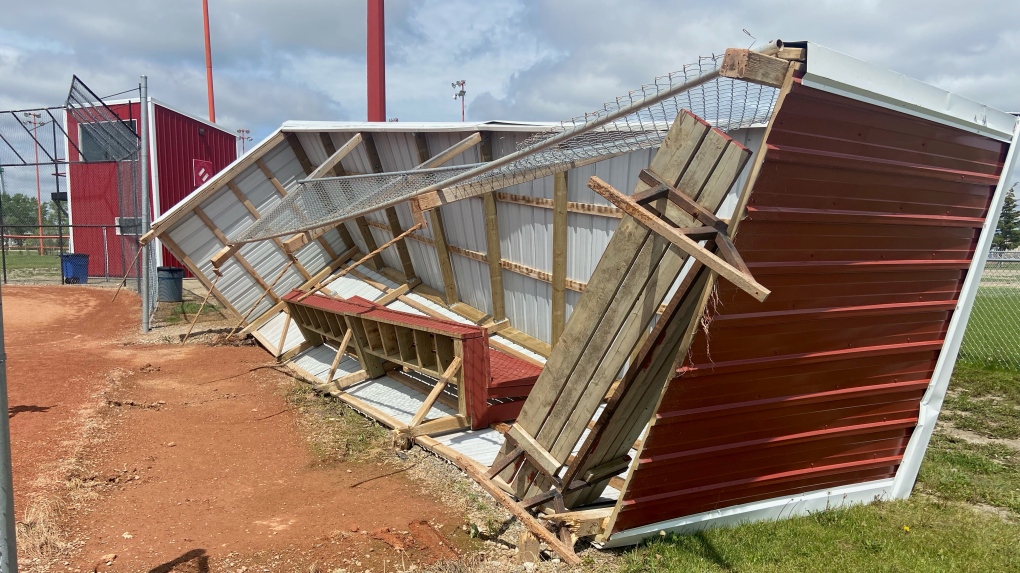 A dugout is damaged at a baseball field in Moosomin. (StaceyHein/CTVNews)

On Saturday 11 hot temperature records were set for June 18, including in Regina, where a high of 35.1 was recorded breaking the old record of 33.2 set back in 1988, according to Environment Canada.

There is also a risk of severe thunderstorm activity for southern Saskatchewan again on Monday including in Regina, where large hail, strong wind and heavy rain are all possible.

Both Regina and Moose Jaw are included in the watch.