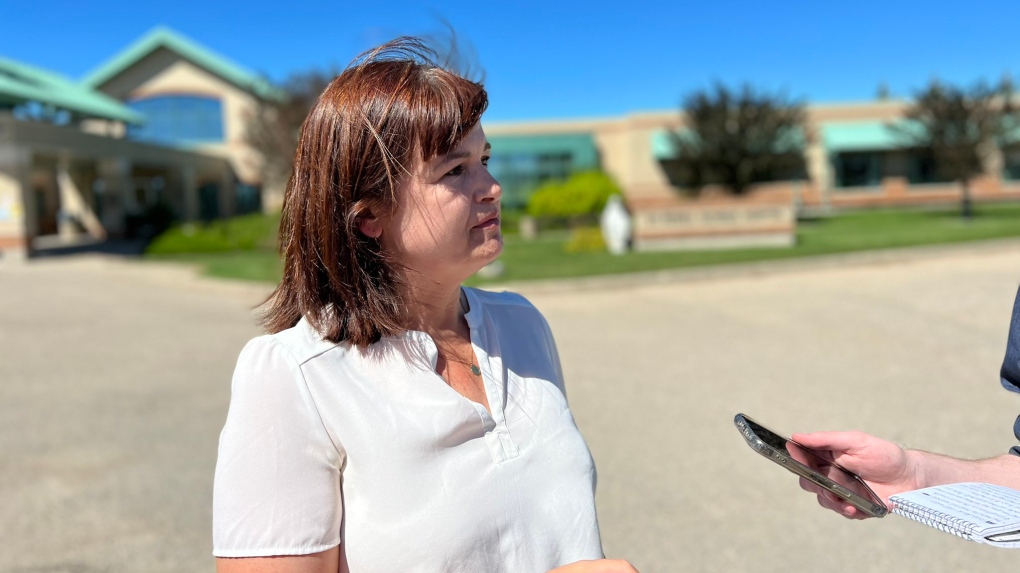 With rural healthcare stretched to the brink in Saskatchewan’s east, the leader of the Sask. NDP made several stops on Tuesday to speak to healthcare workers and tour facilities in four different communities.

The facility has been hit with six temporary closures within the past month, and it isn’t something that’s just tied to one singular ward, like some hospitals in Saskatchewan.

Cooks, nurses, technicians, the staffing shortage causing the closures have been vast, according to CUPE Saskatchewan.

“Sometimes the closures when we’re on bypass, it’s not because we’re missing a doctor or nurse, its because we don’t have the diagnostic imaging,” explained CUPE President Judy Henley.

“Those are important features of healthcare that aren’t there right now.”

Beck commented on the ongoing shortages, saying it hasn’t been easy to get “predictable healthcare” in the area.

“You hear real-time stories about people driving to a local centre expecting emergency care finding a note on the door saying nope, you have to go down, turn your car around,” she said.

“They (residents) want the decision makers to stop pointing fingers and passing the buck,” Beck said. “They want to get to the table and start finding solutions.”

She added that solutions can be found in these complex situations. Beck believes the answers lie locally, with local leaders understanding and looking for solutions themselves.

Beck said these leaders may not have the whole solutions, but they can’t be ignored. When asked, she said her first step in fixing this issue would be admitting Saskatchewan has a problem.

“There are some very localized decisions being made here that are not insuring people the care they need,” Beck explained.

“People need to speak out and demand those answers be sought.”

Beck and her team then traveled to Canora and Kamsack — two areas that have seen their fair share of closures.

Rural and Remote Health Minister Everett Hindley said they are committed to restoring the acute care beds in Kamsack, stabilizing services in Melville, and resolving issues in every community where health care services have been disrupted by the shortage of health care staff and the unprecedented strain put forth by COVID-19.

A gay man is taking the federal government to court, challenging the constitutionality of a policy restricting gay and bisexual men from donating to sperm banks in Canada, CTV News has learned.

Dominic Barton, the former global managing director of McKinsey & Company, says he had no involvement in federal contracts awarded to the firm in recent years.

Australia is removing monarchy from its bank notes

Australia is removing the monarchy from its bank notes. The nation's new $5 bill will feature an Indigenous design rather than an image of King Charles III. But the king is still expected to appear on coins that currently bear the image of the late Queen Elizabeth II.

A Quebec woman said she was very surprised to find her stolen Audi had been used in what’s being described as an “absolutely insane” Ontario mall robbery.

A long-time CBC radio producer who was the victim of a random assault in Toronto last week has died, the public broadcaster confirms.

When the opera 'La Flambeau' premieres next week in Montreal, Black performers will be front and centre in an artistic medium where they have historically been under-represented.

A suicide bomber who killed 101 people at a mosque in northwest Pakistan this week had disguised himself in a police uniform and did not raise suspicion among guards, the provincial police chief said on Thursday.

Top European Union officials arrived in Kyiv on Thursday for talks with Ukrainian officials as rescue crews dug through the rubble of an apartment building in eastern Ukraine struck by a Russian missile, killing at least three people and wounding about 20 others.