REGINA -- A Jewish human rights group says that recent charges against nationalist party leader have highlighted the prevalence of anti-Semitism.

"We hope that the message is heard loud and clear that if you promote hatred, if you promote ethnic cleansing or violence or genocide against jews, or against any other people in society, you will face justice," Jaime Kirzner-Roberts, director of policy with the Friends of Simon Wiesenthal Centre (FSWC), said.

Patron was arrested and charged by RCMP on Monday on a charge of wilfully promoting hatred to an identifiable group.

According to RCMP, its Carlyle detachment was notified of a YouTube video posted by Patron called "Beware the Parasitic Tribe" by the Canadian Anti-Hate Network in June of 2019.

Kirnzer-Roberts said his posts have grown in hatred and anti-Semitism.

"We saw his language and his propaganda escalate with more specific and clear references to the Jewish people," she said.

Patron’s political party was officially registered during the 2019 federal election and Kirnzer-Roberts said that emboldened him to step up his message.

According to James Gacek, an assistant professor of Justice Studies at the University of Regina, freedom of speech is protected under the Canadian Charter of Rights and Freedoms, but that right isn’t absolute when it comes to inciting hate.

He said a lot of evidence will be needed for the crown to prosecute the charge.

"It is a rare charge to use and there is a significant amount of effort on the prosecution side to ensure it can be used appropriately, it is why we do have it in the criminal code," Gacek said.

The number of incidents of public incitement of hatred have been growing in Canada over the past decade. 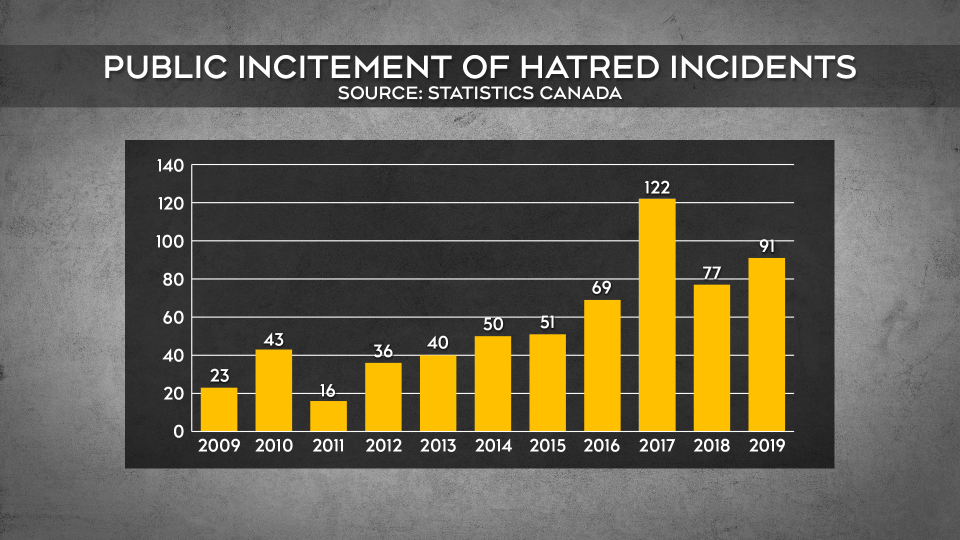 Patron was released on Wednesday and ordered to reappear in Carlyle Provincial Court in April. The charges against him have yet to be proven in court.