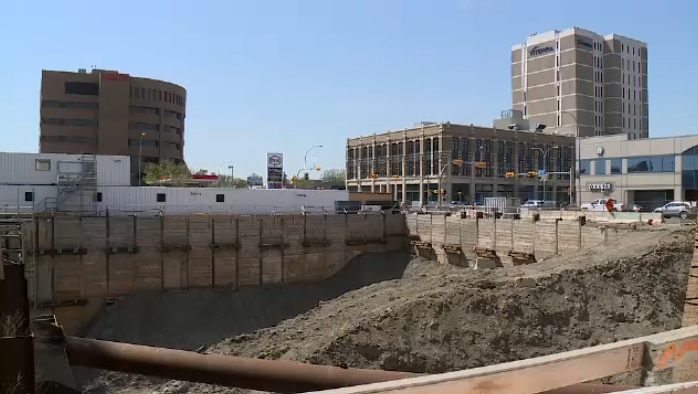 The Court of Queen’s Bench has upheld the majority of the Saskatchewan Building and Accessibility Standards Appeal Board’s earlier Capital Pointe decision, agreeing that the site is safe and there is nothing wrong with the options the Board gave to the developer.

The Saskatchewan Building and Accessibility Standards Appeal Board held a hearing in July. On August 23, it released its decision, saying the Capital Pointe site was safe. It gave Westgate three options moving forward: Fill in the hole, build the luxury condo tower, or construct permanent shoring to protect the site from future safety issues.

Westgate said it would build. But the city asked the Court of Queen’s Bench to overturn the board’s decision, saying it was “unreasonable” and that the board couldn’t offer these options to Westgate.

After hearing both sides of the argument, Justice Timothy Keene released his decision on Tuesday, siding mostly with the board.

“I find that I am not persuaded by the City that the decision reached (by the board) was unreasonable,” said Keene.

“The board provided certain identifiable and prescribed courses that Westgate had to take. In my opinion that is not subdelegation and is not incorrect.”

However, Keene did side with the city in one aspect, saying that the board should have given other involved parties a chance to submit their views.

“The board may have been well intended by proceeding in this fashion but nevertheless in my view this approach offended natural justice or procedural fairness and was in error,” he said.

Because of this, Keene said the board should rehear this specific part of the issue, and quashed the order.