Michael Kram is the incumbent Conservative Party of Canada candidate for Regina-Wascana.

He was born and raised in Regina and worked in the city as a software developer prior to being first elected in 2019.

Kram said economic issues are his top priorities heading into the federal election.

“The whole country needs to get out of this pandemic and get life back to normal. We need to get Canadians working again, and we need to start paying down this trillion dollar debt that we’ve accumulated over the course of the pandemic,” Kram said.

Kram said his biggest accomplishment during the past two years of office was his advocacy work for the Regina International Airport. Earlier this year, NAV Canada was reviewing whether or not the airport should keep it’s air traffic control tower.

If re-elected, Kram said he is committed to supporting the Lake Diefenbaker Irrigation project, to create jobs and grow the economy.

Victor Lau is the Green Party candidate for Regina-Wascana. He graduated from the University of Regina in 1994 with a Bachelor of Arts in social science. He recently retired from Superstore, where he worked for 31 years and now runs a consulting business.

Lau said the Green Party platform is based largely on cutting greenhouse gas emissions by using a carbon tax, cancelling pipeline projects and eliminating subsidies for the fossil fuel sector.

“A lot of the major companies have now accepted that they have to move away from all the carbon emissions, and the only way to do it is to stop building pipelines, is to say no more oil and gas development,” said Lau. “We have to start somewhere, and then we take that money and reinvest in creating more and more green jobs.”

He said he would also like to implement a guaranteed livable income, if elected.

Sean McEachern is the Liberal Party candidate for Regina-Wascana. He has lived in the riding for 16 years.

McEachern worked for former Regina-Wascana MP, Ralph Goodale, and the Saskatchewan Urban Municipalities Association (SUMA). Most recently, he worked for the Organization for Security and Co-operation in Europe, in their special monitoring mission in Ukraine.

“What I learned a lot from Ralph was how to be an effective member of parliament, the importance of being present, showing up within the community, being a thoughtful listener and engaging with constituents,” McEachern said.

McEachern said he has been always been involved in various community organizations, and is running for public office to improve the lives of people in Regina-Wascana.

If elected, McEachern said he will work with provincial and municipal partners to deal with climate change and associated fresh water issues. More specifically, he said he wants to help establish a Canadian Water Agency in Regina.

Erin Hidlebaugh is the NDP candidate for Regina-Wascana. She grew up in Nipawin, and works as the Community Connections Coordinator with Moose Jaw Pride. According to her bio, Hidlebaugh’s background is in journalism, communications, municipal government and non-profit organizations. https://erinhidlebaugh.ndp.ca/

CTV News reached out to Hidlebaugh about an interview, but did not receive a response.

Mario Milanovski is the People’s Party of Canada candidate for Regina-Wascana. He is originally from Serbia and immigrated to Canada in 1998. He said he feels politics in Canada is trending towards what he experienced in Serbia and he is afraid of what that could mean for the country.

Milanovski said, if he was elected on September 20, he would eliminate any COVID-19 public health measures and work to reopen the economy.

“Right now, we have infringement of our freedoms with our current government and all parties in the parliament are pretty much the same in that aspect,” he said. “They have no respect for our constitution or our Charter of Rights.”

He is also emphasized lowering taxes, pulling out of the Paris Climate Agreement, and abolishing the Indian Act. 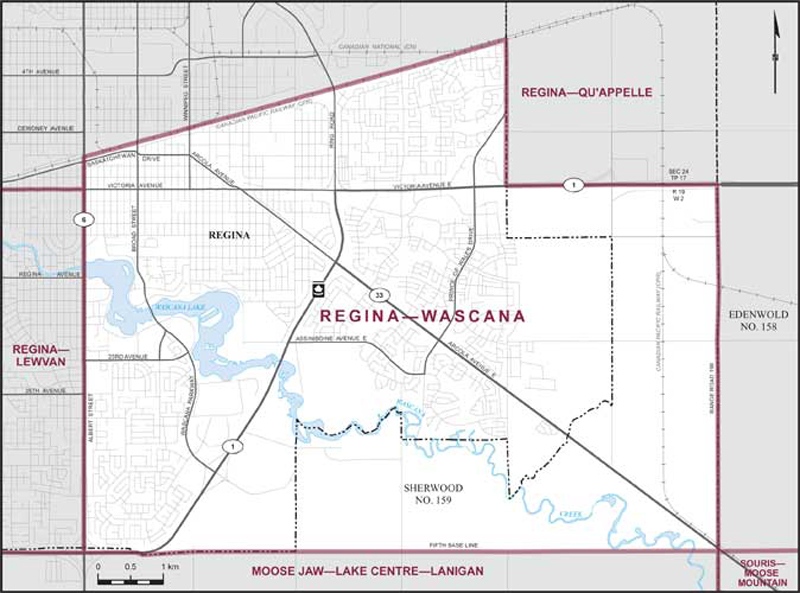