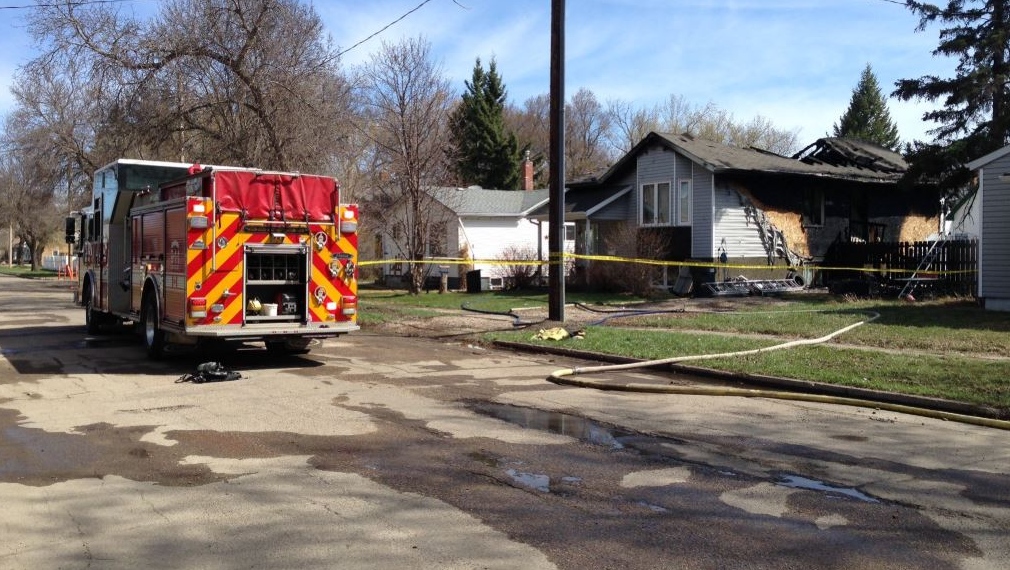 A house fire in Yorkton Tuesday morning has gutted a home built by Habitat for Humanity nine years ago.

The Yorkton Fire Department says they initially received a call about a grass fire on Betts Avenue at around 7:45 Tuesday morning, but crews arrived minutes later to find the home up in flames.

“Our crews, as soon as they rounded the corner from the hall could see the type of smoke that you see typically from a structure fire, so they called a second alarm right away,” said Yorkton Fire Chief Trevor Morrissey. “When crews got on scene, it was actually starting to vent already through the roof.”

The family living in the house were home at the time of the fire, but were able to get out safely.

The exact cause of the fire is not yet known. Crews battled the blaze for several hours, and remained on scene putting out hot spots well into Tuesday morning.

“There is extensive damage to the rafters, so our focus will start there and we’ll work our way back,” Morrissey said. “It got into the roof and that’s what made it difficult to put out.”

The home was constructed by Habitat for Humanity in 2009.