No injuries reported after train derailment near Rouleau: RCMP 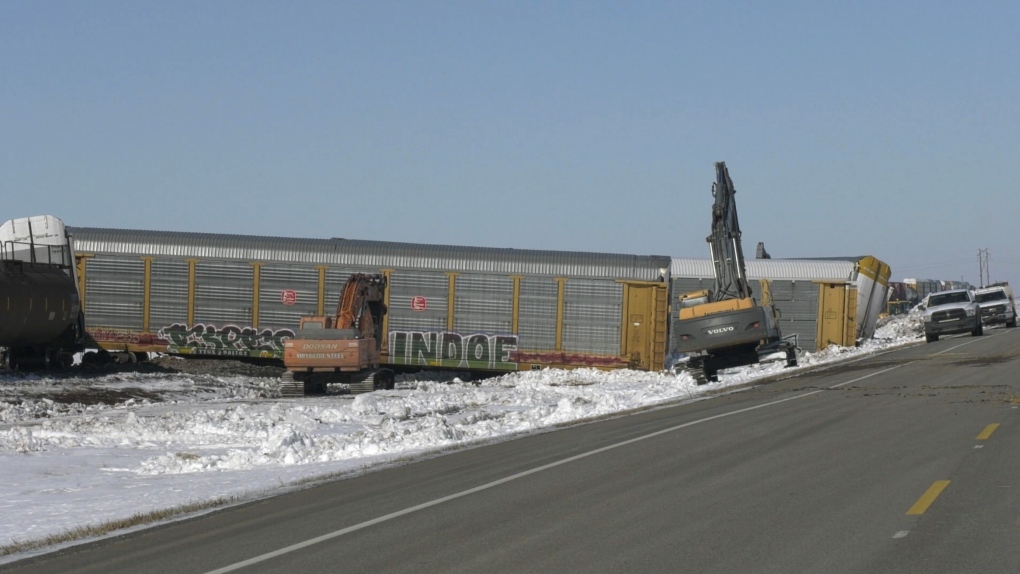 Crews work near the highway after a train derailed near Rouleau, Sask. on March 16, 2022. (Luke Simard/CTV News)

No injuries were reported after a train derailed near Rouleau, Sask. according to Milestone RCMP.

Highway 39 was closed closed for several hours while the scene was cleared.

CP dispatched teams to the site. The investigation is ongoing.

Rouleau is about 50 kilometres southwest of Regina.