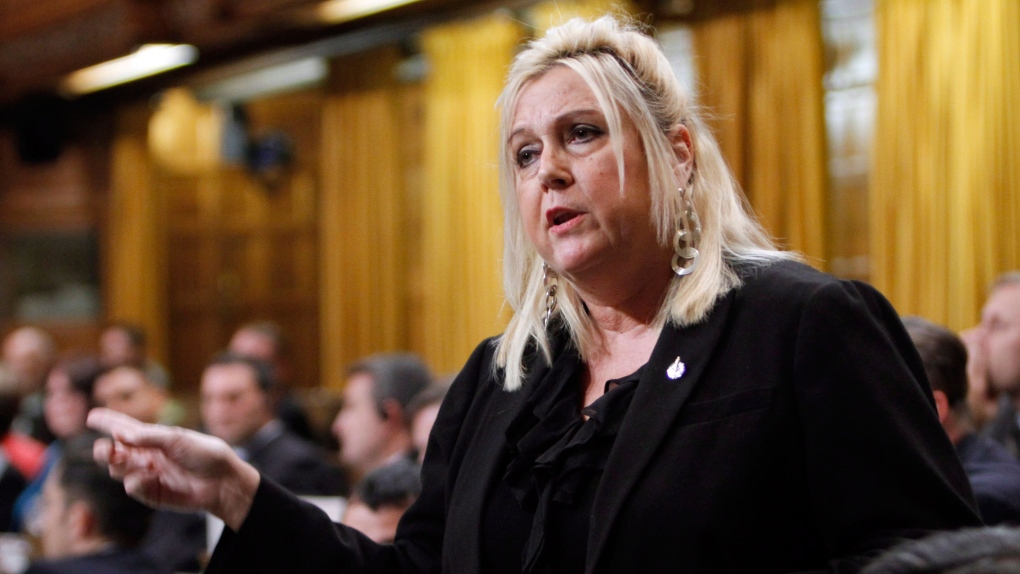 Susan Truppe, Parliamentary Secretary for the Status of Women, stands in the House of Commons during question period on Parliament Hill in Ottawa, Friday, Sept.19, 2014. (Fred Chartrand / THE CANADIAN PRESS)

OTTAWA -- An aboriginal MP delivered a powerful plea Friday for a national inquiry into murdered and missing indigenous women, recalling his own brother's death as a five-year-old in a residential school 60 years ago.

Romeo Saganash, an NDP member from northern Quebec's Nunavik region, implored the Conservative government to call an inquiry after the New Democrats successfully moved a motion allowing them to raise the issue in the House of Commons.

"The violence that is perpetrated against indigenous women is the violence against the environment today, and the same violence that assaulted parents and grandparents in residential schools," Saganash told the chamber.

During the debate, Conservative MP Susan Truppe defended the government's record on murdered and missing aboriginal women. So too did Environment Minister Leona Aglukkaq, a Nunavut MP.

But Saganash's memories of his mother's decades of grief over his brother, Jonish, provided the most poignant moments of the unexpected debate.

"He was five years old. He never came back. Apparently, he died the first year he arrived at the residential school," Saganash said.

Their mother never knew where her son had been buried, Saganash added. Forty years later, his sister learned of the burial spot, filmed it and showed Saganash's mother the footage.

"The day she saw that video -- I had never seen her cry that way. That was closure. That is what we call closure .... This is what indigenous families in this country need. That is what they want. That is why they are calling for this national inquiry."

The NDP billed Friday's debate as a victory over a government that was "asleep at the switch," saying they took advantage of scant Tory attendance after the daily question period to take control of the House agenda.

Conservative MPs who were in the House, such as Bob Zimmer and Ryan Leef, opted to vote with the opposition, later using their Twitter feeds to say they supported the motion that triggered the debate.

"The government is unable to stop us because of our numbers," NDP House leader Peter Julian said afterward.

"When they realized that we had the majority in the House, they backed off and changed their vote, but you could see the panic on their faces as they ran into the House trying to block the NDP's attempt to put forward this debate today."

The Conservatives, however, dismissed the NDP's version of events.

"The vote had no impact on whether the debate happened," government House leader Peter Van Loan said in a statement.

"We had no reason to block debate. You will note that Conservative members, including the minister of the environment and the parliamentary secretary for the status of women, actively participated."

In remarks that earned a rousing standing ovation from his NDP colleagues, Saganash pointed out that aboriginal women are much more likely to fall victim to violence than non-native women. He said an inquiry needs to examine the root causes at play.

"Where is the Canada we used to know, Mr. Speaker, the one that has the history of upholding high standards of human rights and social democratic values in this country?" he said.

Calls are growing ever louder for a public inquiry into Canada's hundreds of murdered and missing native women.

An RCMP report released in May found aboriginal women have been much more prone to violent deaths than non-native women in Canada.

The latest federal budget committed $25 million over five years to address crimes against aboriginal women and girls. But the opposition NDP and Liberals have been demanding a sweeping national inquiry.